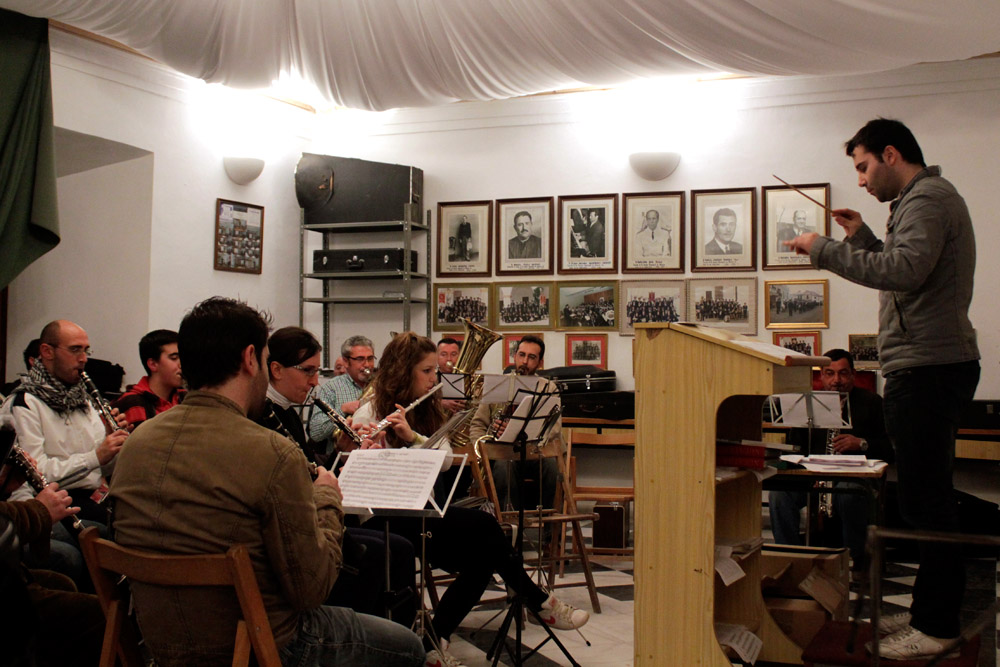 Outside of the cultural building, Jerezanos going for a stroll can hear soft music wafting into the streets. Inside, the music echoes throughout the peeling, white hallways on the second floor.

In a small, cramped room, a chandelier hangs unnoticed as the musicians, seated in a semicircle, practice this Monday night.

Assistant director David Carrasco grabs the photocopies he has stored under the podium and starts to pass them out – first to the woodwinds in the first rows and then to the brass players in the outer circle.

His father Rafael Carrasco is seated in the front row with a clarinet. Rafael has been the director of the band since 1991, and his son David has been assistant director for the last four years. 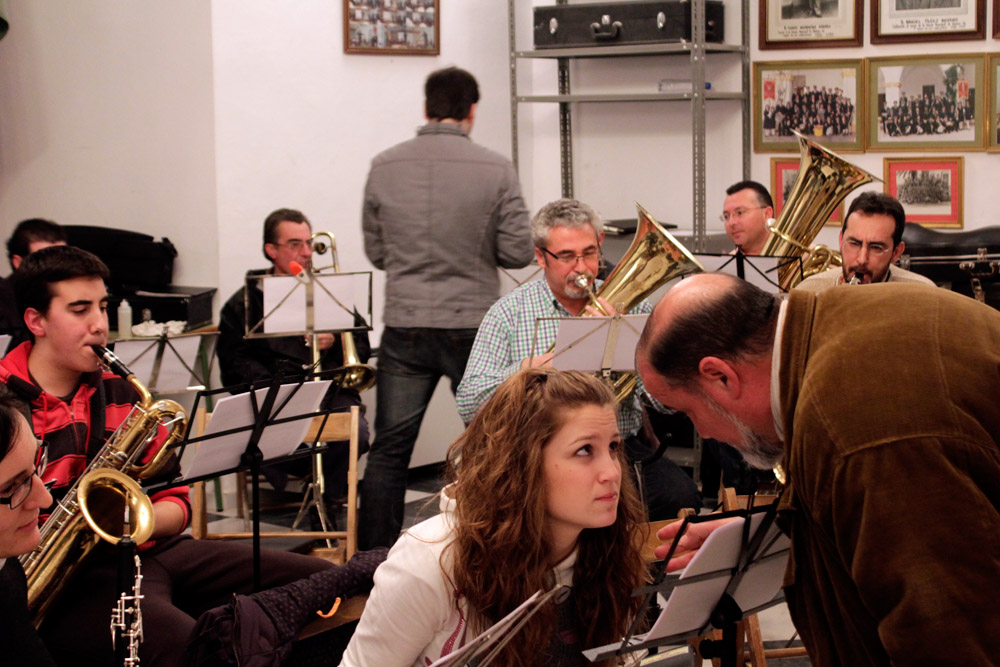 Rafael helps a flautist with her music

Rafael says he wants the best for his son, even though he says their music styles and choices differ. He is able to take the direction from his son, and will sometimes step in to help band members with specific passages.

The ages of the people in the band vary from baby-cheeked young, adolescents to silver haired-men, which is what makes the band so unique. Students who are fairly new to their instruments to adults who have been playing for many years unite in a small practice room of the cultural building twice a week to prepare for the concerts they have throughout the year. 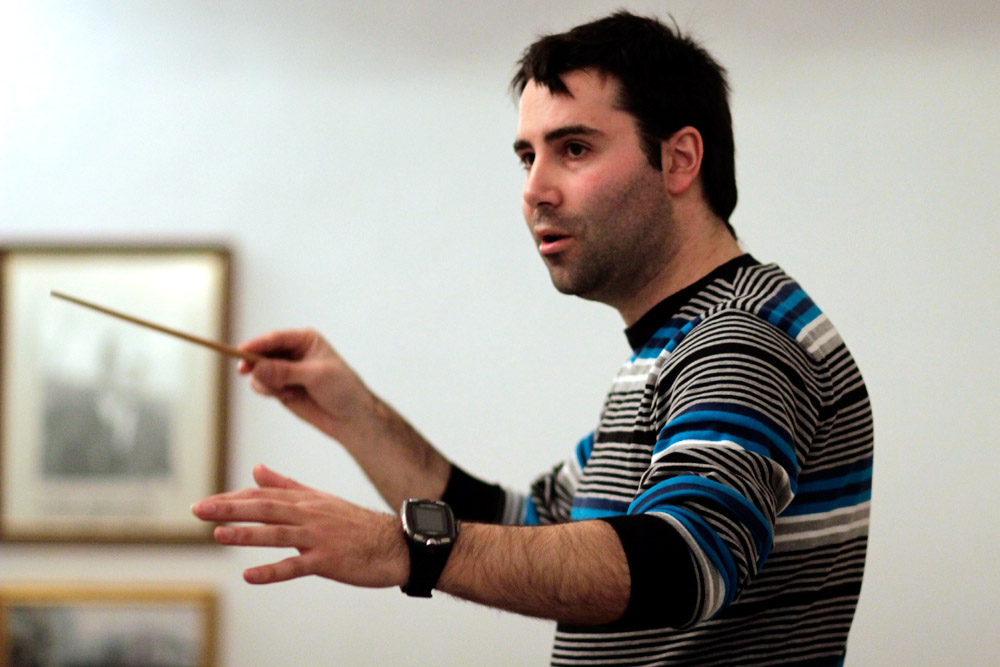 David puts on a song so the group can listen to the new music. A drummer starts to mindlessly drum away as the others concentrate on reading the music and listening to the song. A few members stare at him and he stops.

Rafael says the age differences can be a challenge. To be a member of the band comes without an audition. Members have to have taken music classes before either in Jerez or in another town, but it is clear that the abilities vary.

Rafael says that some students are still learning their craft and the group may not be able to advance as quickly because of the varying levels. 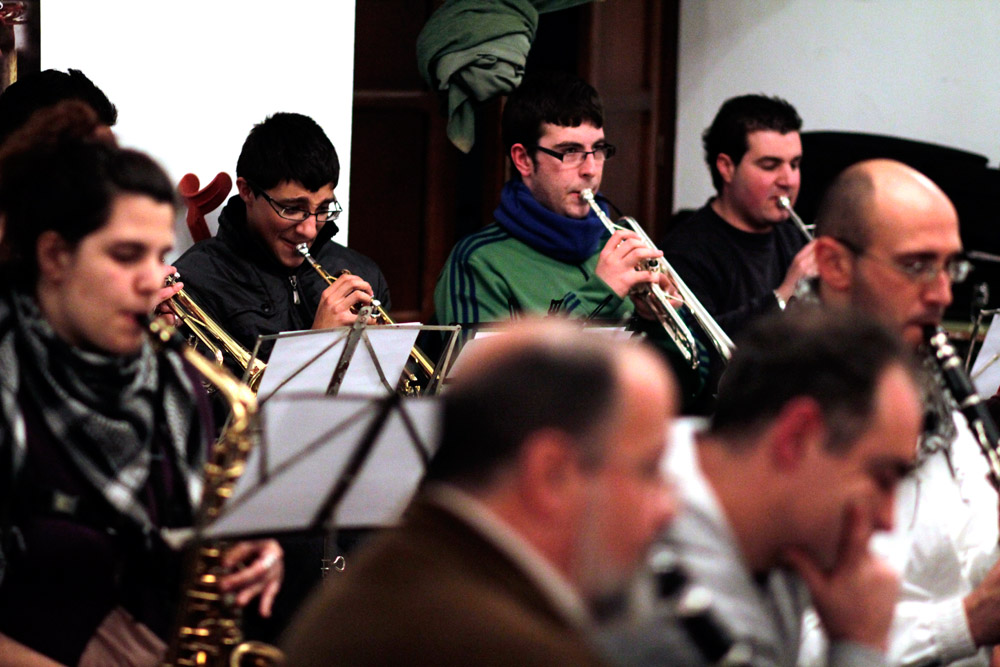 The band consists of 44 people. Many are students, who come for the weekends and can only attend the Friday practice. Rarely is the entire group together, but magically by the time Semana Santa comes (their first concert this year), they will be ready. Currently, they are learning 30 different songs for the holy week festivities.

The city band has been around since 1920, and it has been a mainstay of Jerez. The band will put on their uniforms and take the platform or march in the parades for Holy Week, providing Jerezanos with traditional music to emphasize the importance of the week leading up to Easter. 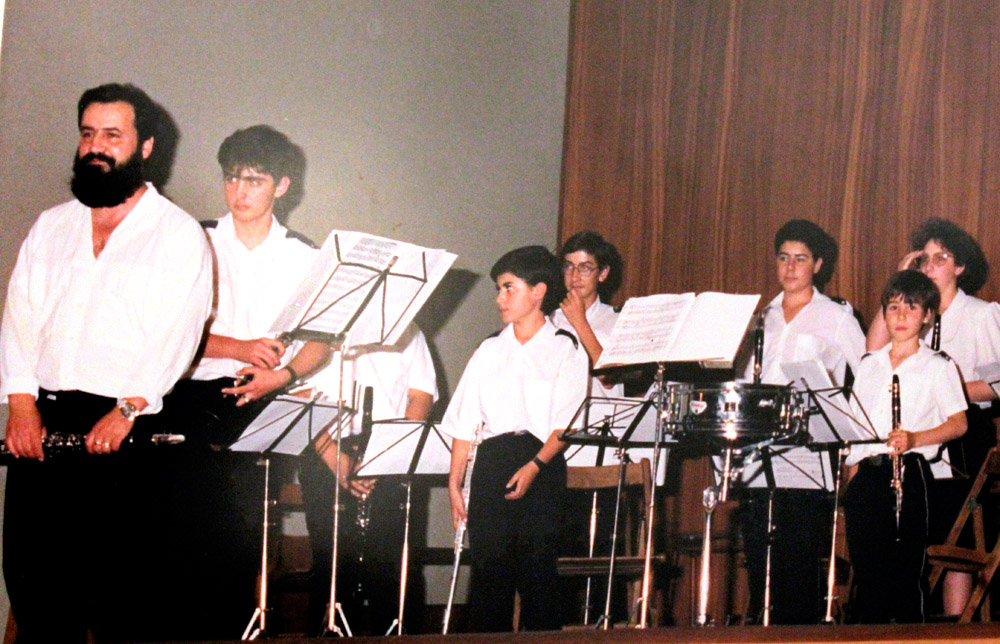 Rafeael knows the importance of the role of the band in Jerez, and even though he has been teaching for some time, he knows he will stay with it for many years to come.

“Music makes you feel new sensations, new releases new discoveries,” Rafael says. “It is a job that is never complete. There are always new things you need to learn.”

Have a listen to a couple of the Semana Santa songs Banda Municipal is currently practicing:
[audio:http://lauraeshelman.me/wp-content/uploads/2011/02/Song1.mp3]

[audio:http://lauraeshelman.me/wp-content/uploads/2011/02/song2.mp3]
This entry was posted in La extranjera en Extremadura and tagged Faces of Jerez. Bookmark the permalink.