Parkour in the parque

Today I took a walk in the park armed with my camera. I have often been in situations where I wish I had had it, including a recent dinner party with a traditional ceremony called Queimada. The ceremony comes from Galicia and involves a bowl of burning liquor. With each ladle of the blue flame, I ached for my Cannon.

In the park this afternoon, I had it. How lucky! 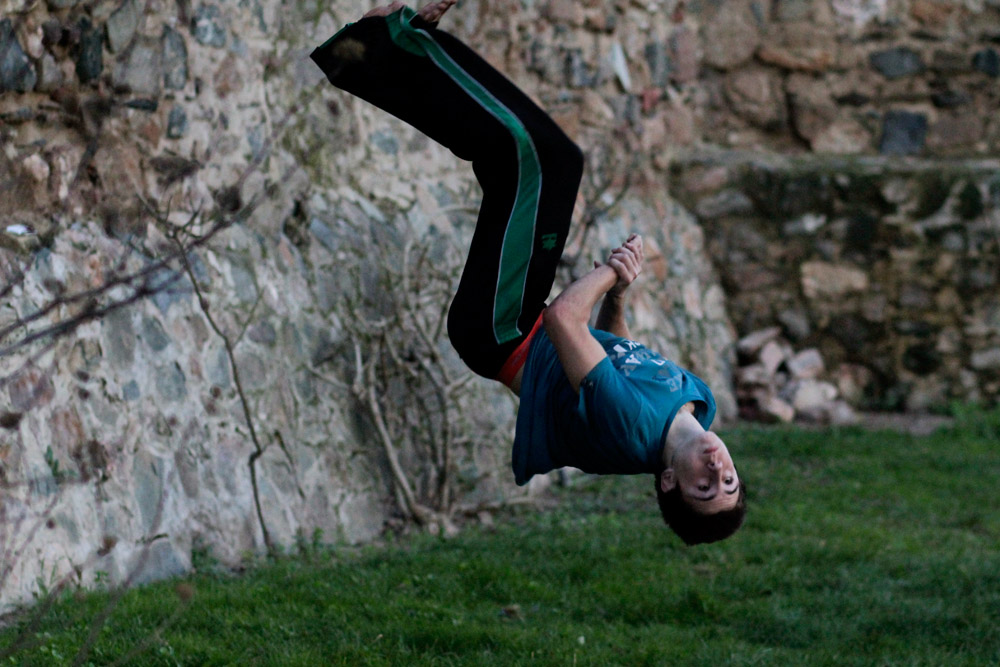 I met high school student José Manuel Mazuecos who was practicing freerunning near the ancient wall of Jerez. Freerunning is also known as parkour. Mazuecos says he practices several times a week, but maybe only once a week in the park. There is no competition for which he is preparing. He practices to enjoy the sport. 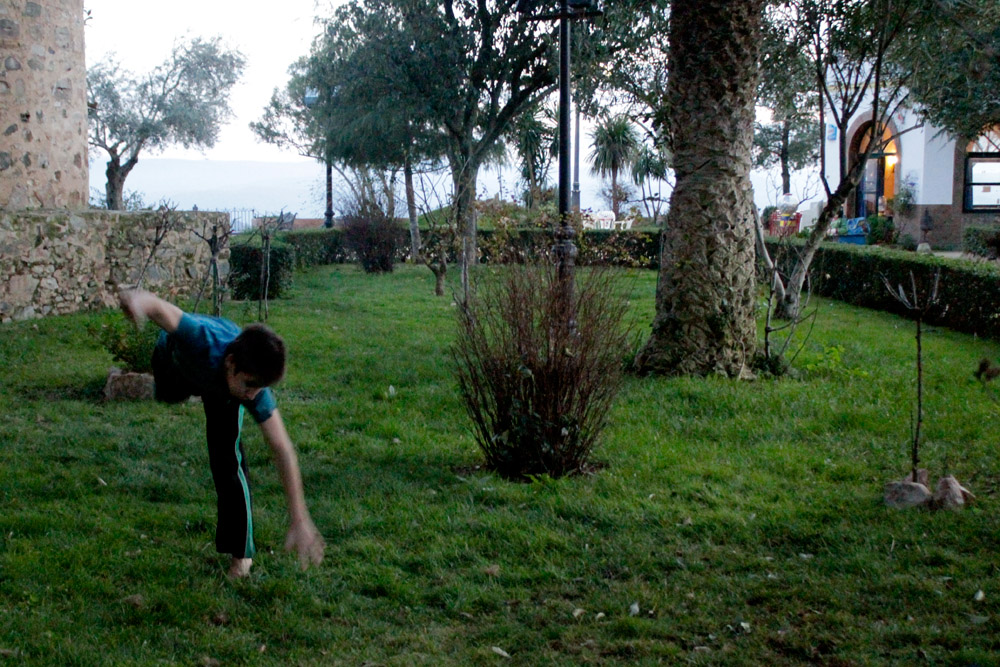 Mazuecos says he likes parkour because it makes him feel free. He can watch football or basketball, but Mazuecos says it’s not the same. Running and jumping into flips, he often lands hard on the grass, but he gets up, smiles and runs into his next flip. 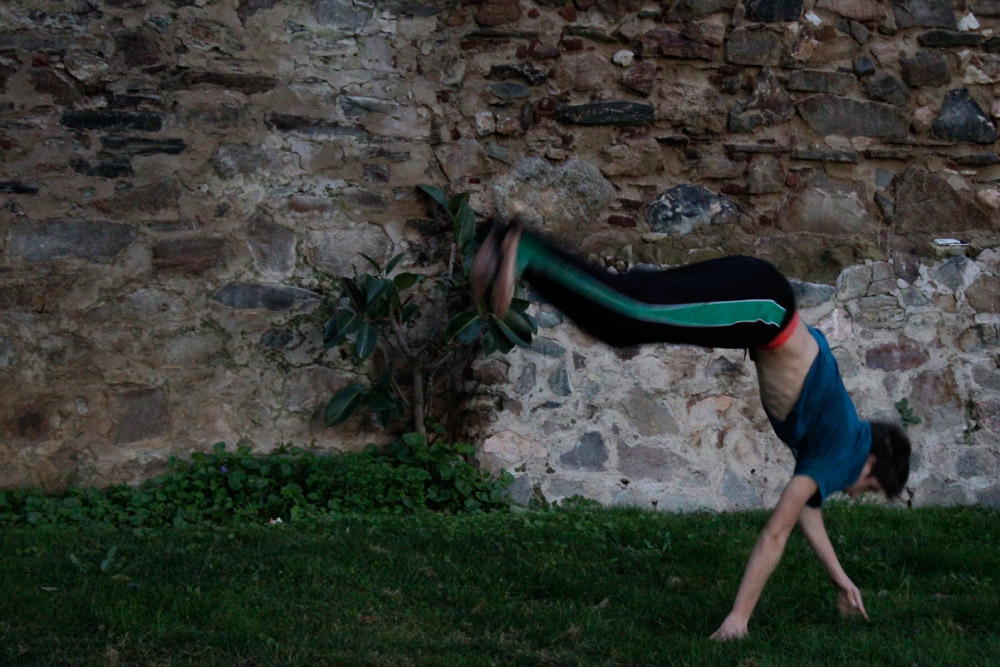 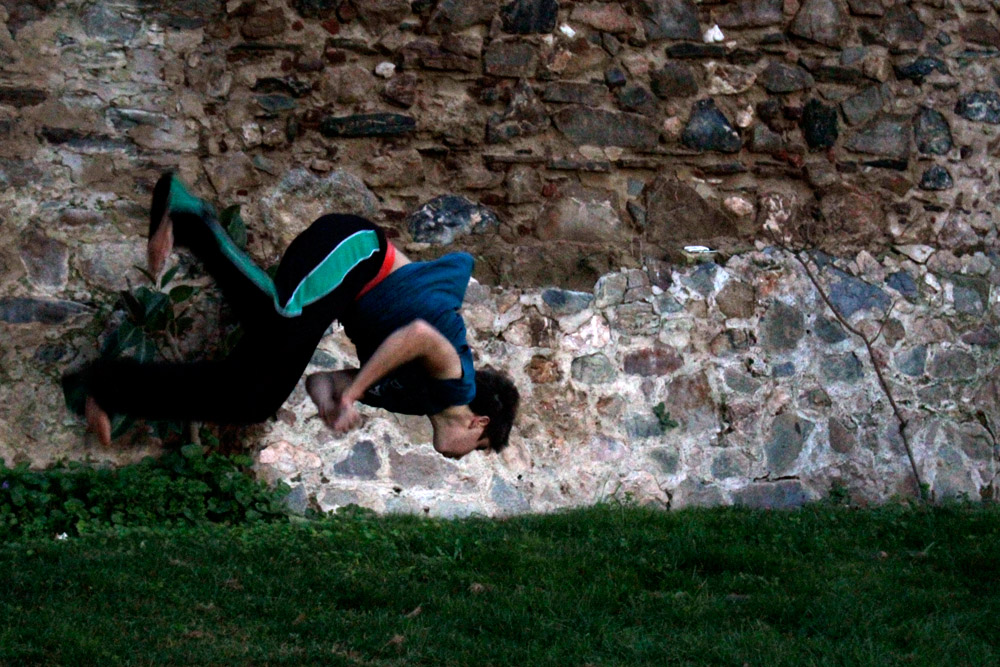