By day, Jaime Martinez creates bracelets, necklaces and other jewelry for Christian Lay. By night, he trains for bullfighting. 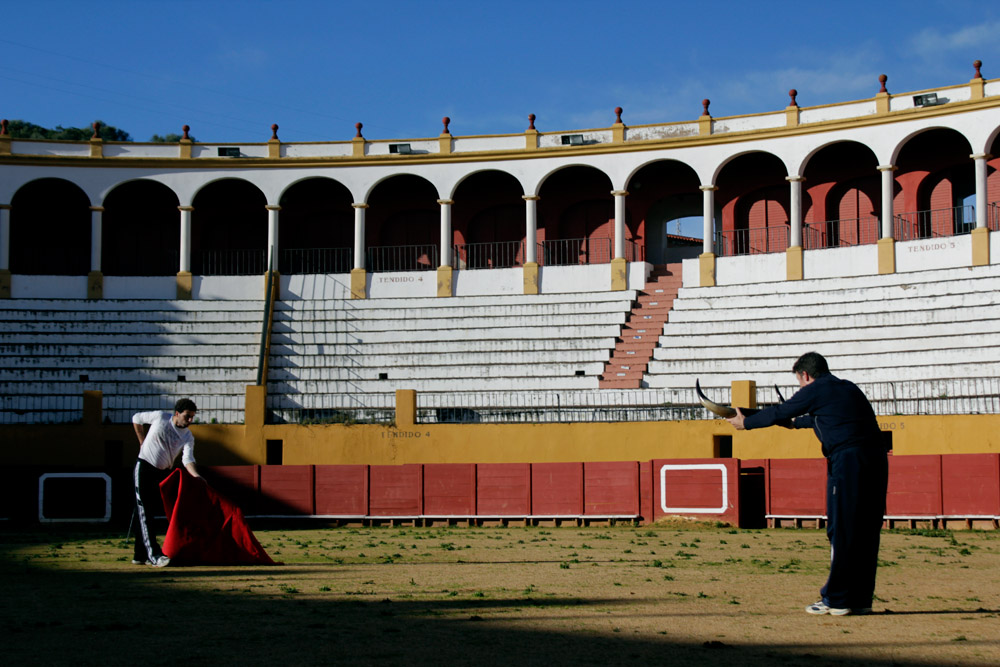 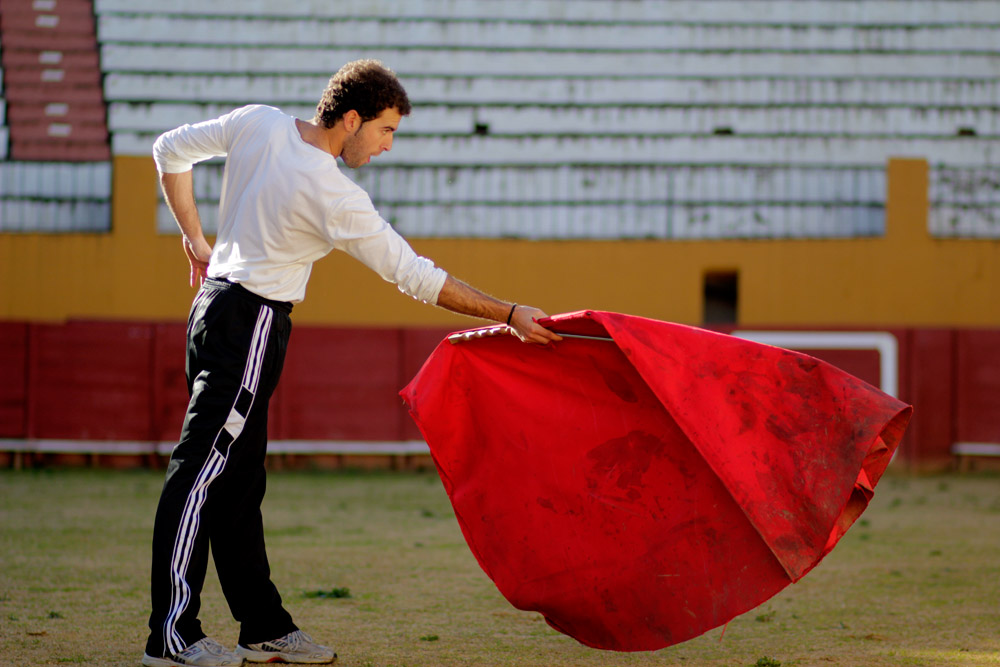 Becoming a bullfighter requires intense dedication. Martinez started when he was 13 years old, studying in Badajoz with La Escuela Taurina. When he was 16, he really started to feel the passion and knew that this was what he wanted to do for the rest of his life. 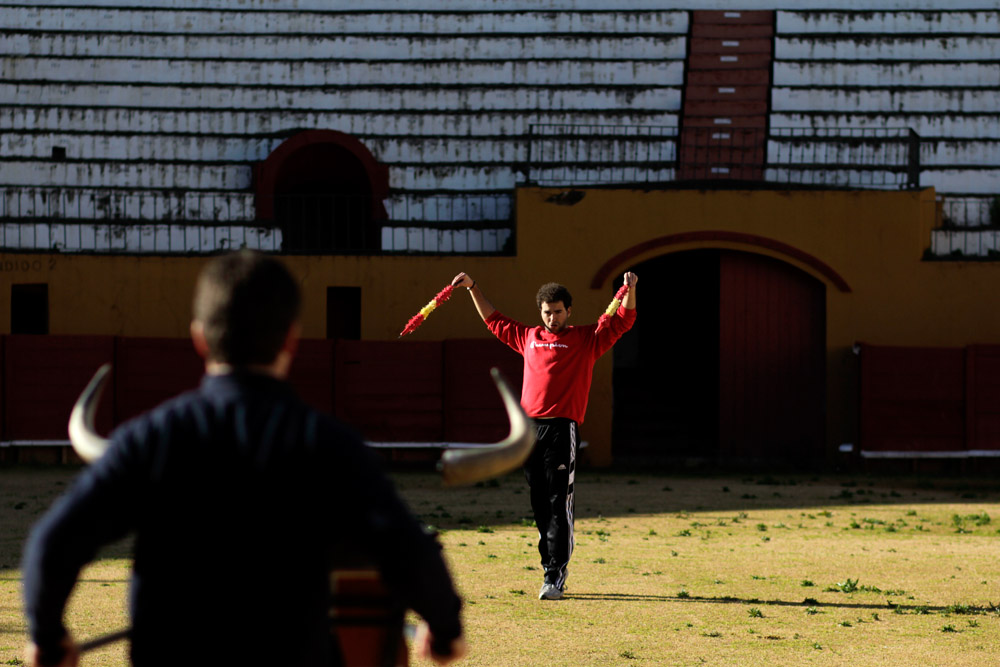 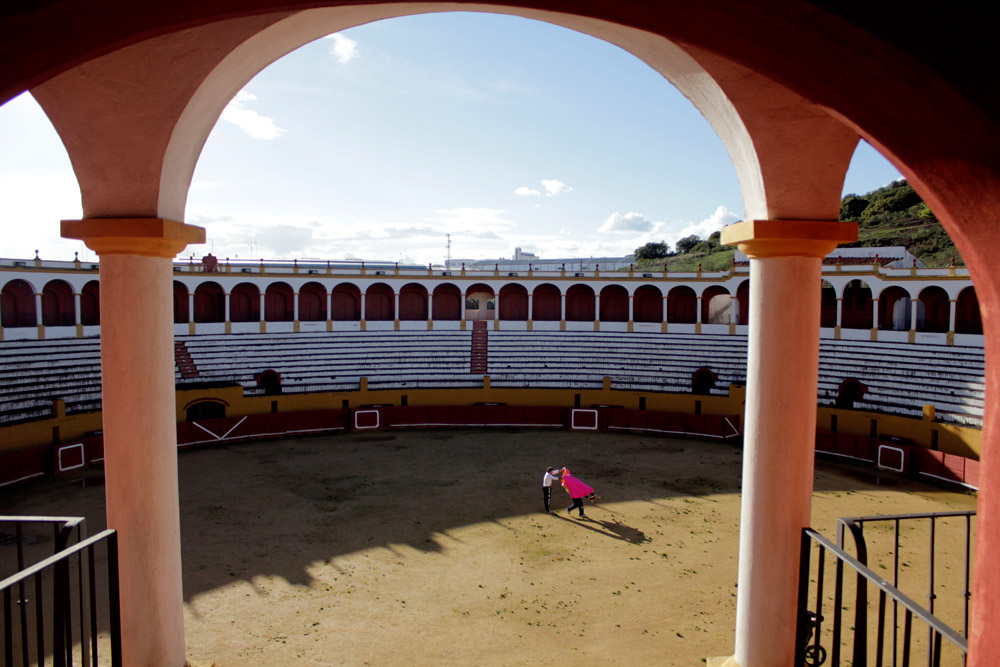 Bullfighting school is free to attend and learn. Anyone can attend. The school covers training the novilleros, who are novice bullfighters who fight bulls under three years of age without picadores (the men on horseback that prod the bulls with lances). 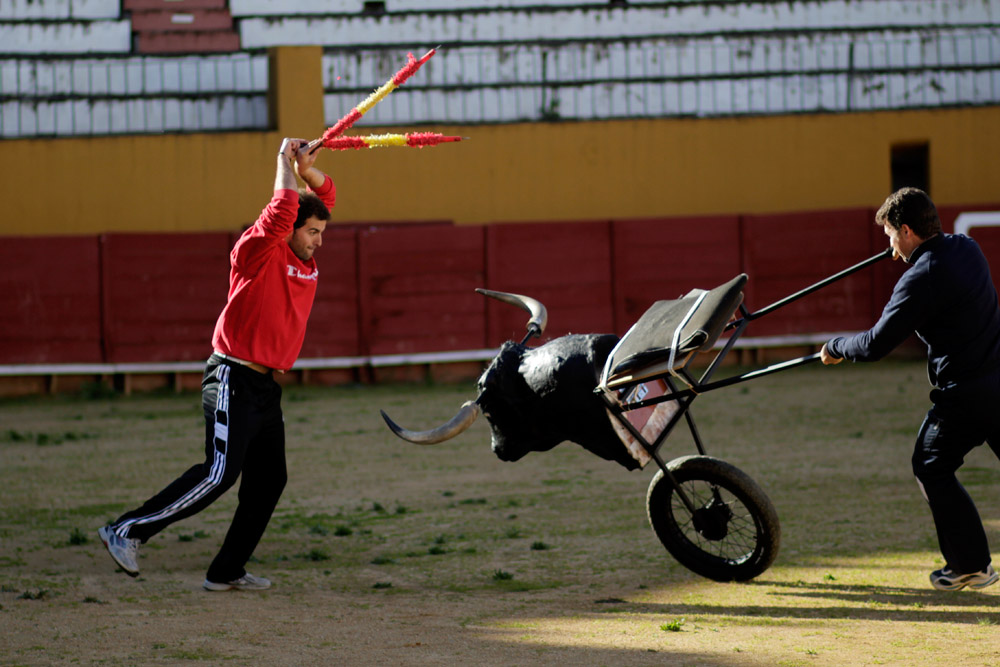 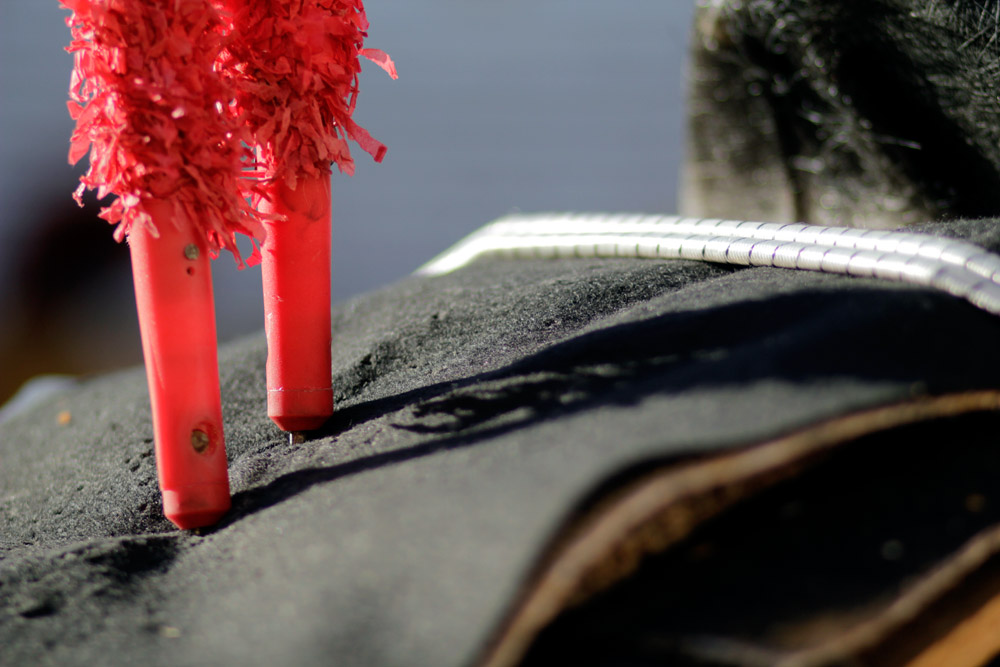 Once the novice has successfully done that and advances to use picadores to kill the bull, the school is finished. 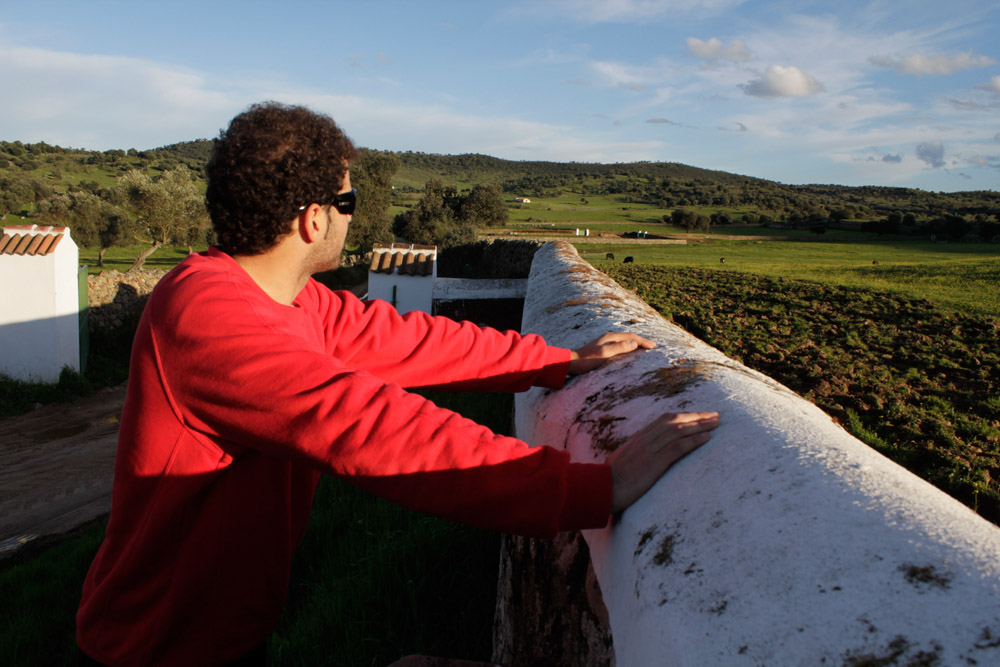 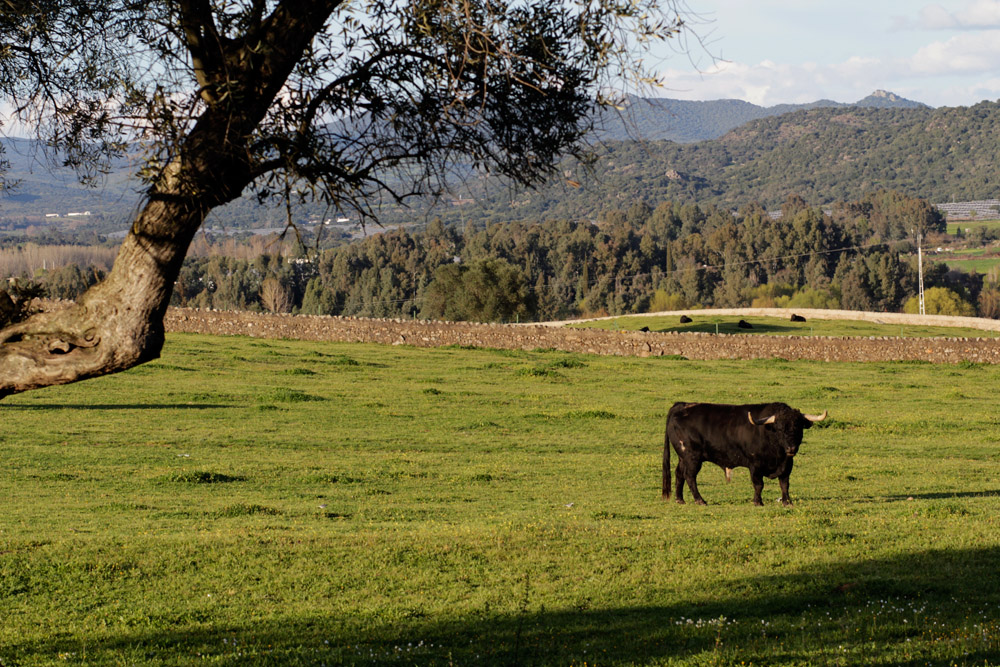 On the weekend of the Feria de Jamon in May, Martinez’s name was picked from a drawing to bullfight in Jerez de los Caballeros.

The bullfighter has to pay for all until he is sponsored. This means the traje de luces (suit of light), the bulls, banderilleros, and and picadores. This total can be anywhere from 4-5 thousand Euros per fight. 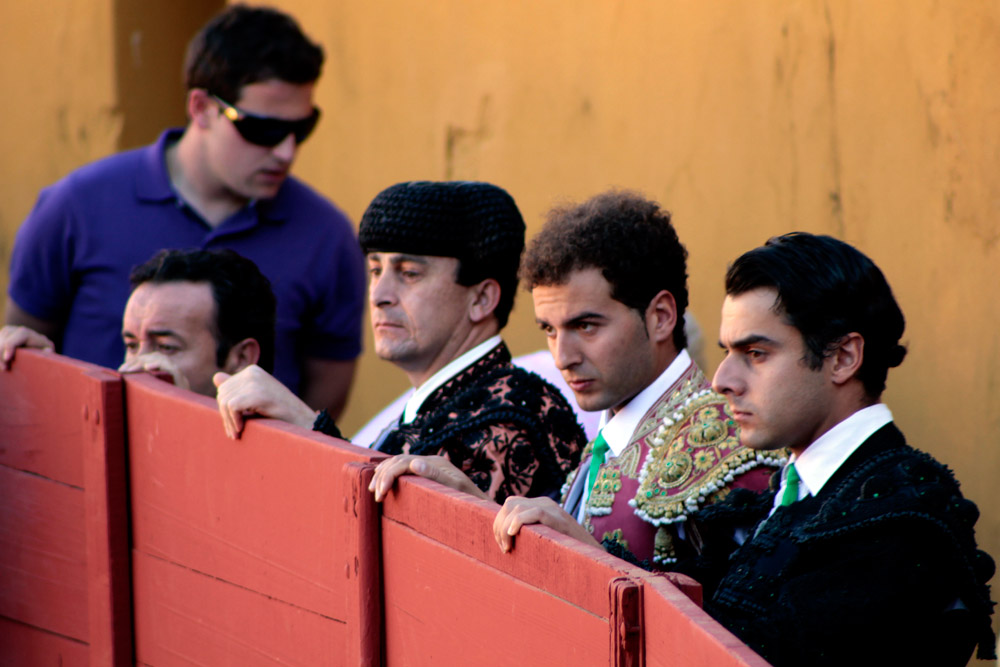 As well as risking his life. All for free. All for the love of the ring.

“When I took a cape, the first time that I was in front of a small bull, and stuck three passes, I had a very good feeling. I liked it. Then I continued, continued, continued. It is one of those things that when you try it, you are hooked and you are not able to leave.” 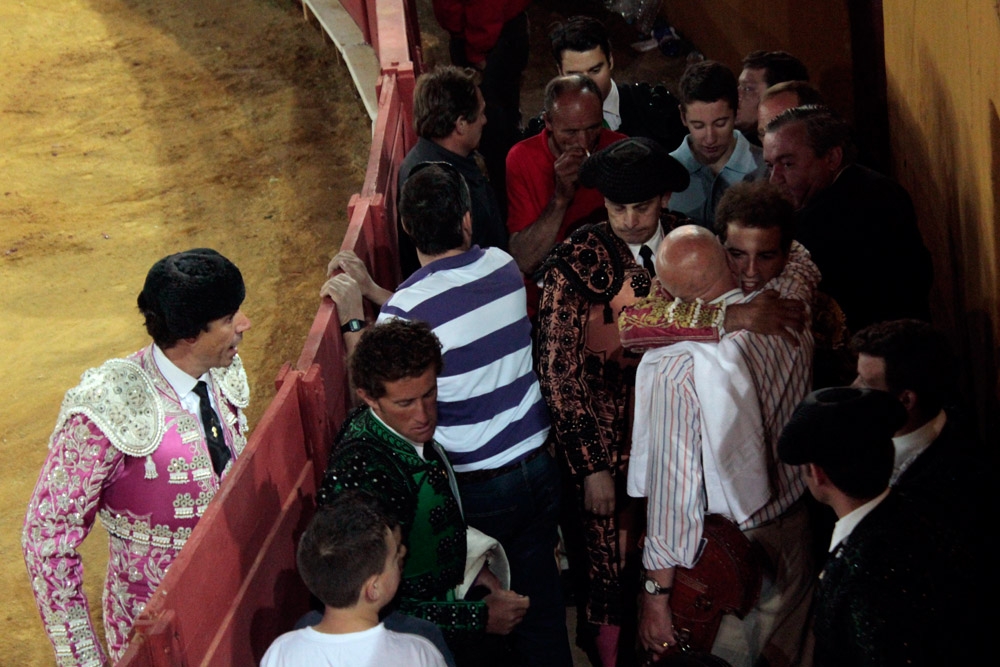 When the bull first runs out into the ring, Martinez concentrates on how it runs. He breaths deeply and clears his mind to get rid of the nerves. 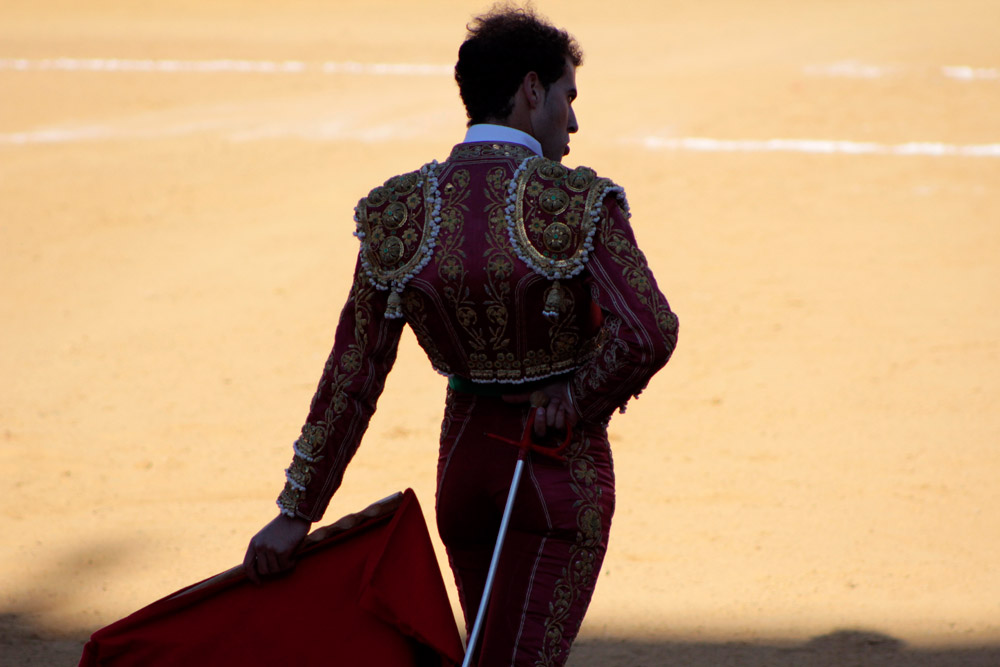 “Facing the bull I don’t feel anything,” Martinez says. “t’s very nice. I have fear initially, but it’s fine. I really like it.” 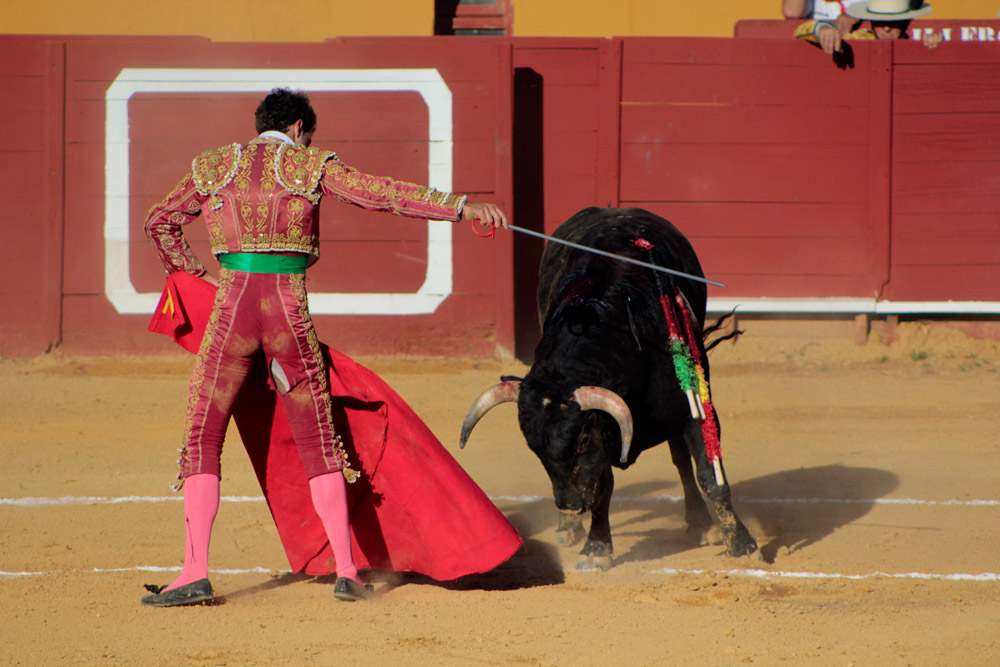 When the bull pricked him in the ring, Martinez fell to the ground and protected his head until another with a cape distracted the bull so Martinez could get up.

He had a hole in his pants but was otherwise unharmed. He got to his feet and continued to fight. Speaking of the experience, Martinez says, “It was fine. Nothing happened.”

Martinez got two ears for that fight. The bullfighters are rewarded based on the merit of the fight by the president of ring. He says he only has kept one ear from his first fight when he was 14. He throws the rest into the audience. Martinez has killed 8-10 toros, as well as 60-70 novillos (bulls under the age of four).

His favorite part is the muleta, the red cape used at the end of the bullfight. It hides the sword the bullfighter uses. 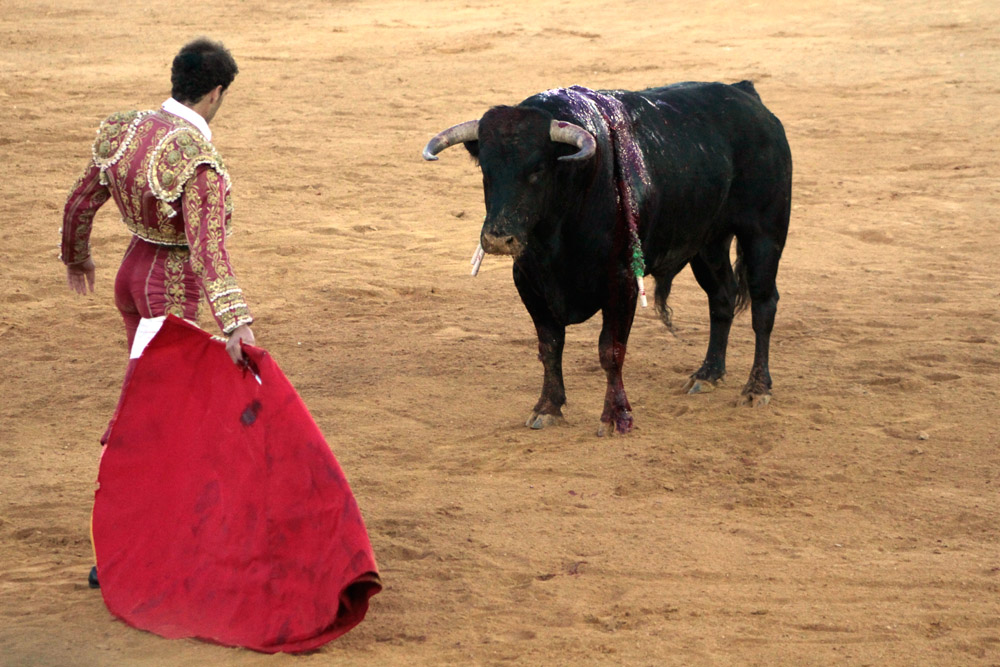 Now that his bullfight is over, Martinez is back to training. He tries to go into the ring at least once a week to practice the passes with the bull. He also goes everyday to the gym to lift weights and stay strong.

To the naysayers of bullfighting, Martinez says he understands why people might not like it due to the blood or death of bulls, but he says the sport has gotten safer over the years. 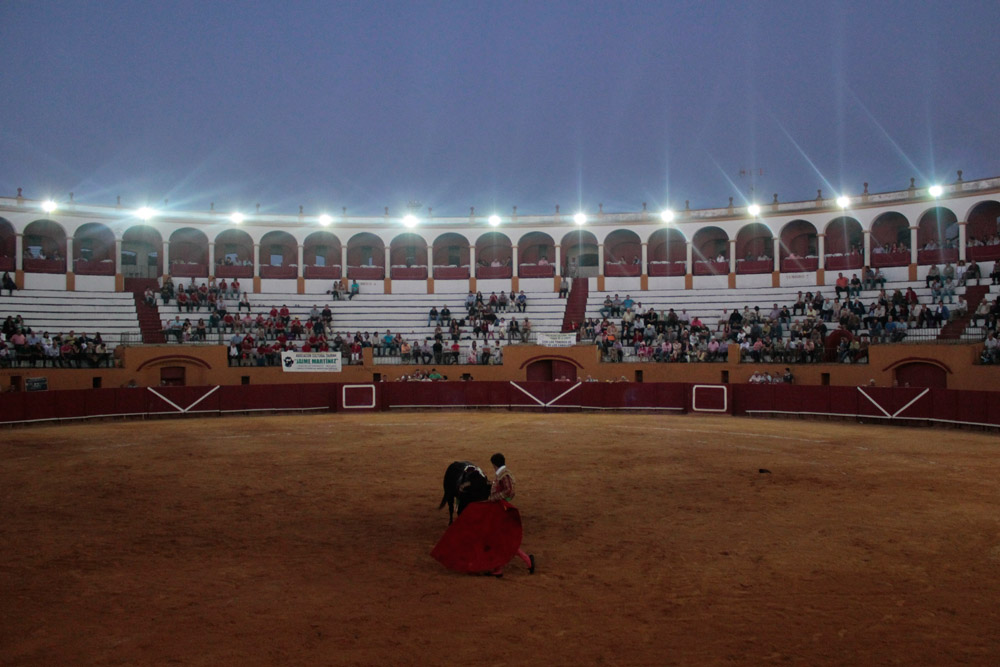 “Bullfighting comes from many years ago. Before is not like it is now. Before many bullfighters died in the plaza. Not anymore. Now its more technical and professional.”

Martinez goes to the campo (countryside) to look at the bulls and enjoy them. He says it is beautiful to see them in their natural habitat and see how they are treated. The bulls are breeded specifically for bullfighting.When the bulls are four, they go to fight in the ring.

“It is important to for the bullfights to continue in Spain. It is a fiesta of Spain that should endure forever. What happens is people do not like it. I understand you do not like it. Do not go, and do not see it, but respect those who like it.”

Martinez does not just like it. He loves it. 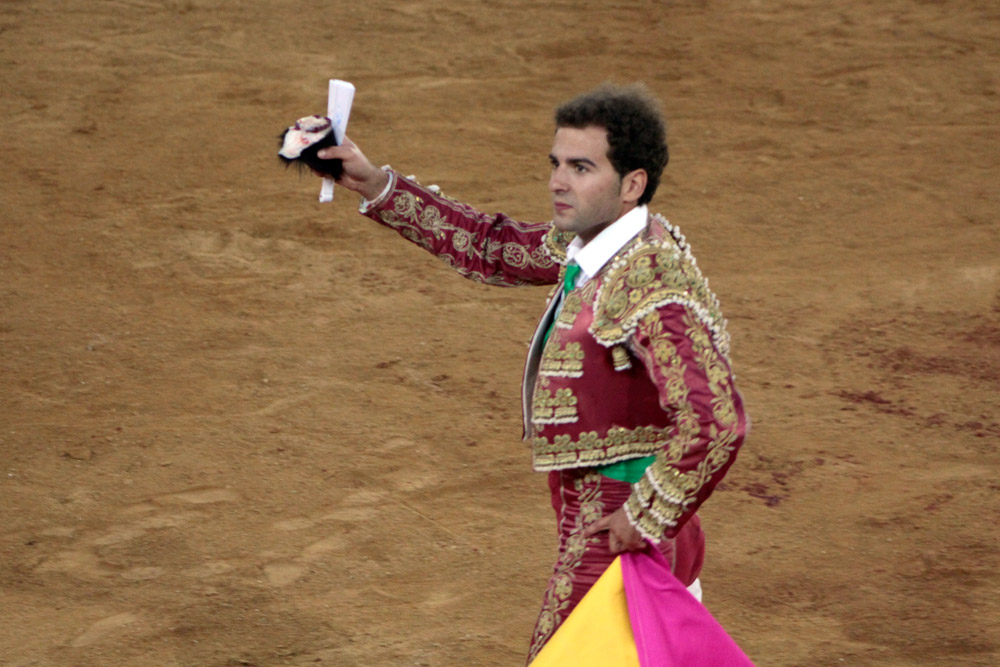 “I would like to be the best bullfighter the world has ever seen. The best.”

Until then, he will continue practicing, training, bullfighting and working with jewelry to support his dream.

Watch Martinez in the ring: