Just around the corner from the large grocery store Mercadona, Frumarlu Satur stands identifiable by the green awning and the sign with cartoon fruit. 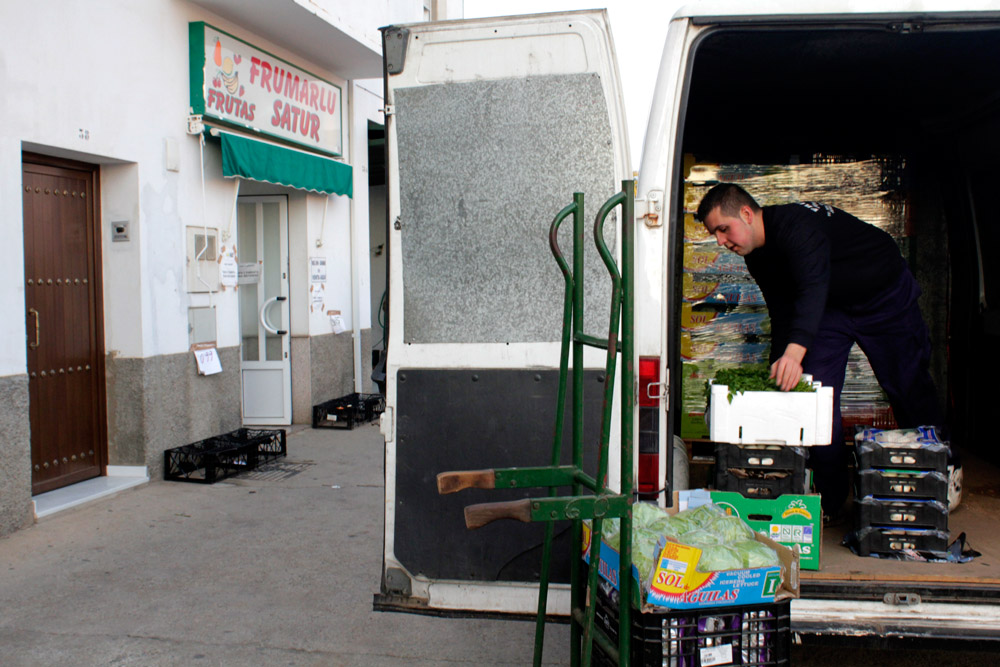 Inside, a rainbow of vegetables and fruits line a side and back of the tiny storefront. Sweets, meats, cheeses and eggs are displayed around the rest of the store in precarious positions. 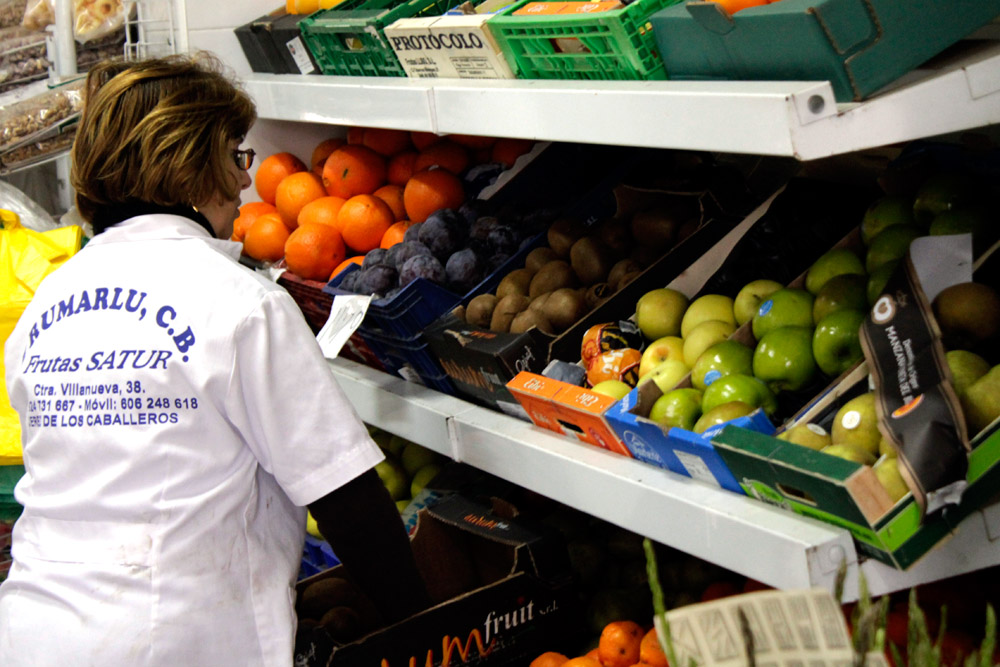 Owner Paulina Luna Dominquez, stands her post in the front of the storefront, eager to greet the customers and point out the best produce of the day. 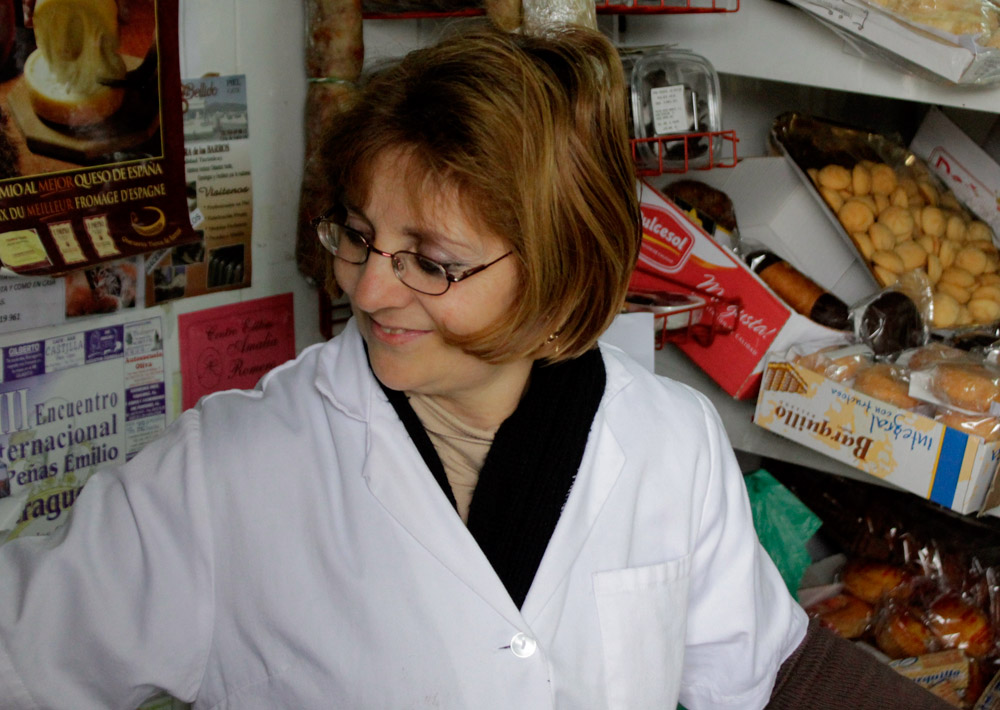 Meanwhile Dominquez’s husband Saturnino Martinez Mendez fills orders in their attached storehouse next to the store. He moves quickly, eager not to lose a moment as he fills orders, writes notes on the top of a cardboard box, enters data on the computer and grabs the correct product to deliver to the restaurants, bars and stores. 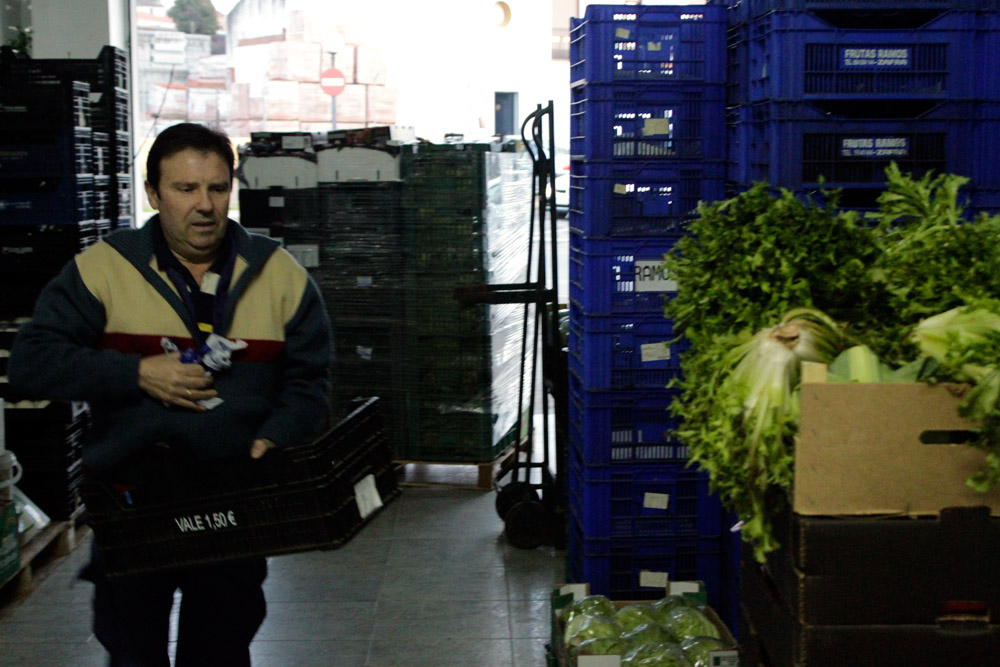 Mendez is proud the business sells exclusively to restaurants such as Oasis and Santa Maria among others. He attributes this to the good service he provides, which he learned at an early age.

Mendez left school to work when he was 14. He started in the fruit business because it involved relatively little investment. Once he learned the business, he rented a small fruit stand for five years before buying the storefront and storage for Frumarlu Satur, which has been around for 17 years. 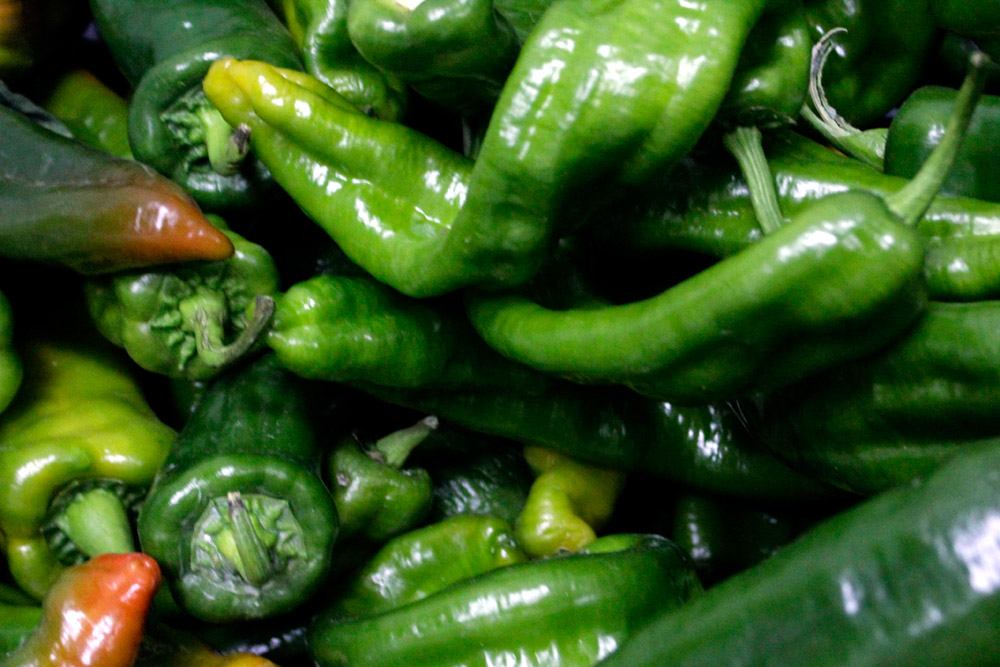 As he counts apples into a green crate, Mendez says he must work very hard to pay the salary of their two employees as well as the three owners (including himself). Keeping ahead of the bills often leads to 18-hour days. Mendez says he often gets home at 3 a.m.

Dominquez agrees that the work is hard, and she only has a break in the afternoon for an hour before she comes back at 5:30 p.m. and closes the store around 11p.m., when people will often still be shopping. Then, she cleans. She laughs saying she has to clean because she is the only woman in the business. 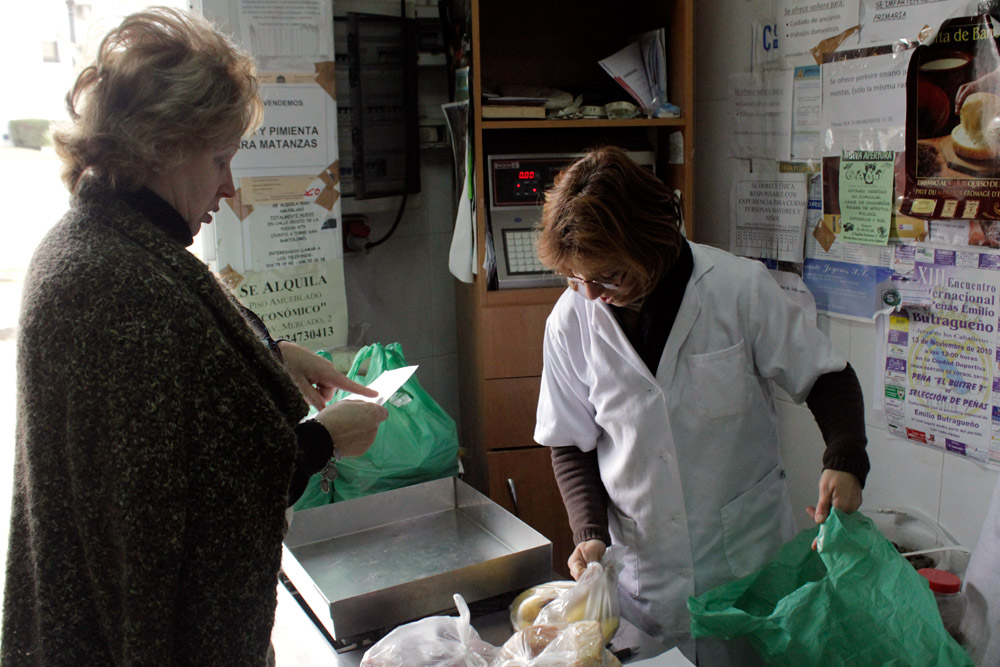 Dominquez helps a woman prepare for matanza, which is the killing and processing of a pig and followed by a huge feast

Dominquez has noted a change due to the recession, but says their business is in a better spot than some other businesses in Jerez because food is a daily necessity. However, she notices people often choose the cheaper fruit like oranges rather than the luxury fruit like cherries. 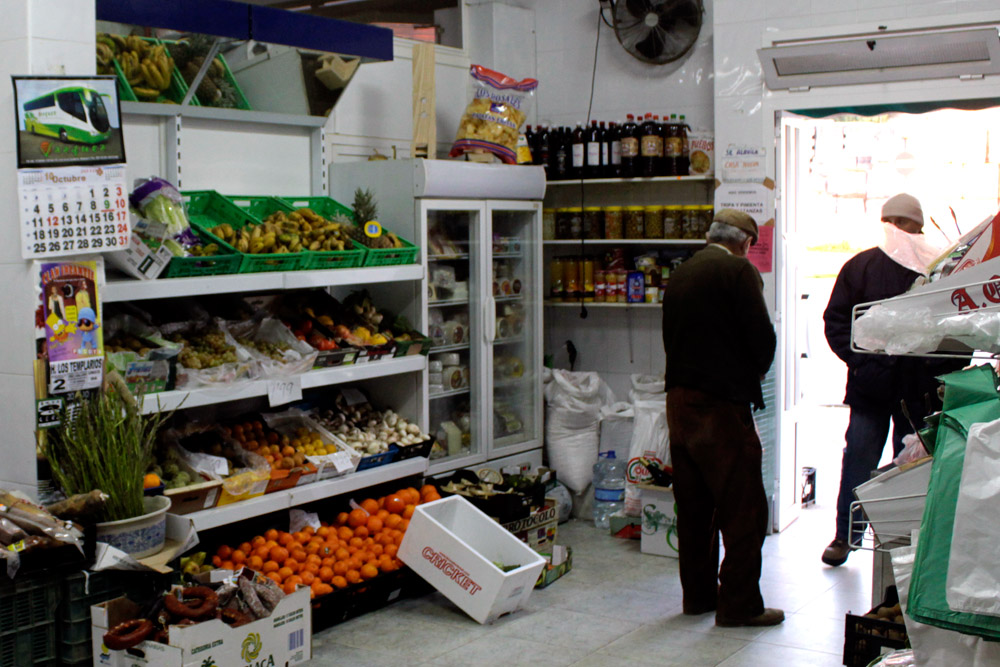 Even with Mercadona around the corner, Dominquez says people come back to their store because of her personal relationship with the customers as well as the high quality, local produce.

Pointing to cheeses that come from nearby villages Zahinos and Oliva, the olives from Jerez, and the chorizo from nearby farms, she is interrupted by a man who asks Dominquez if they need eggs for the store. She counts the eggs from his bucket into bags to sell in the store later.

The eggs will soon join the organized chaos of Frumarlu Satur, placed where Dominquez can find space. As she organizes, she notices the next person who comes in who is directed, by Dominquez, to the freshest products of the day.

Hear them
[audio:http://lauraeshelman.me/wp-content/uploads/2011/01/fruta.mp3]
Mendez loves all parts of his job — especially selling to restaurants. He says he will always recommend the best product for them. Dominquez says the customers come to their store because they want natural products from nearby farms. If Dominquez thinks a product is too expensive or not high quality, she will direct customers to a better product. (1:15).