No, it was not a movie with sexy actor Javier Bardem. 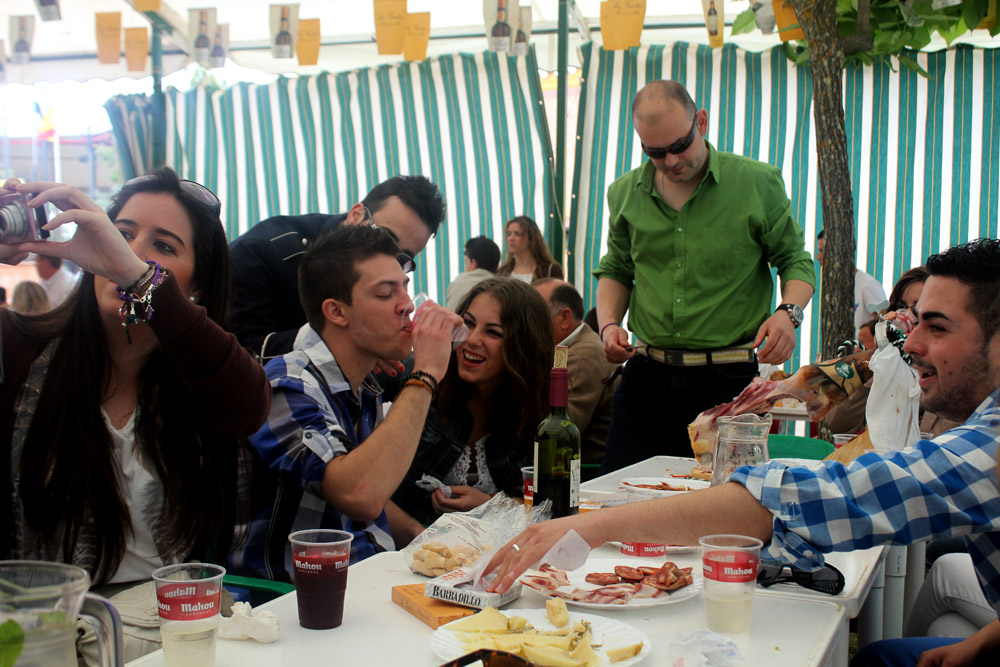 It was a huge party in Jerez de los Caballeros. The Feria de Jamón (Ham Fair). Everyone was invited and the fair was full of children, teenagers and adults enjoying the fair together. The kids stayed closer to the fair rides and games and the rest stayed near to the bars and restaurants.

This fair was all about the fiesta. The norm is leaving sometime in the afternoon and coming back sometime in the morning. My party average was 13 hours each day. I am done with the all day/all night fiesta … at least until next weekend. 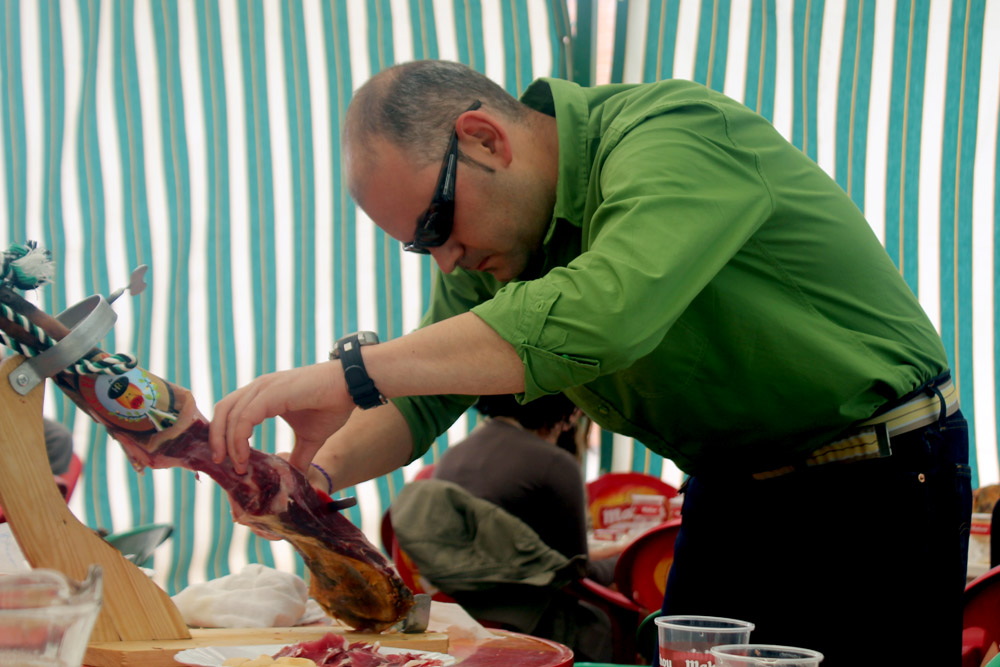 One of my favorite parts was the jamón. I met up with a group of friends, we got a leg of jamón and raciones and we hung out in the afternoon eating and drinking. I let the experts cut it since there was such a demand for it, but oh how tasty it was.

Jamon, I will miss thee. Why do you have to be illegal to bring back into the United States? I know quite a few people who would like you. 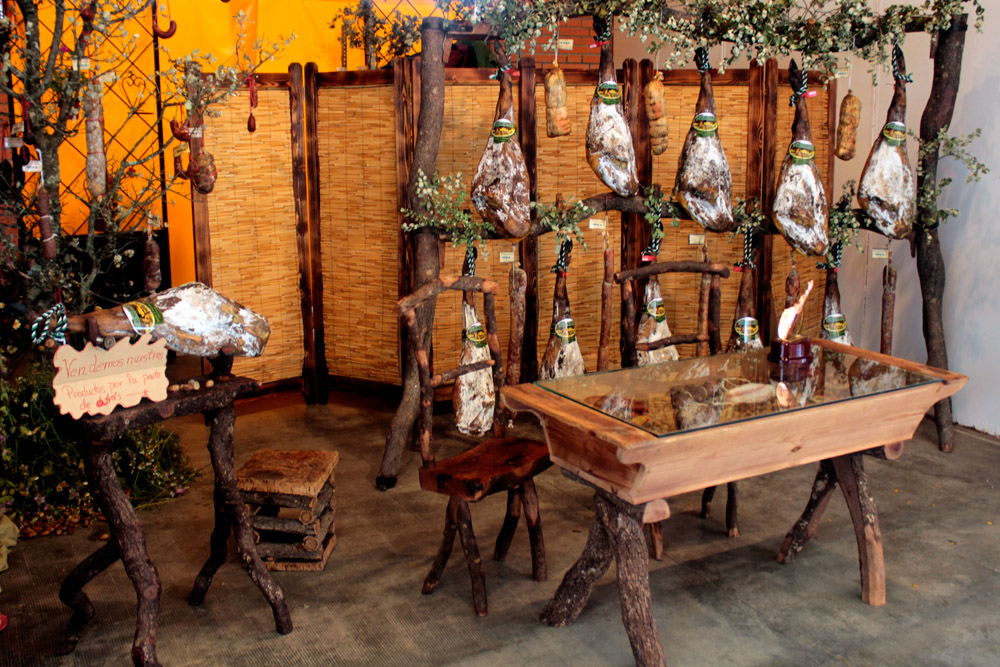 After the great meal, I continued the fiesta drinking and enjoying myself and realizing how many people I know in Jerez de los Caballeros. People see me running, taking photos and I’m blonde. I stand out. Initially it bothered me. Now I embrace it. Even if I’ve never talked to many of these people, I am the American with the camera. Not such a bad reputation if I do say so myself.

After the eating and drinking, the logical thing was to do bumper cars. Who are you if you don’t have silly fun in life? Bumper cars made me impossibly happy. There is something so universal about fairs. The games make me feel like I could be back home in an instant. That instant is coming sooner than I realize.

Then to the disco … 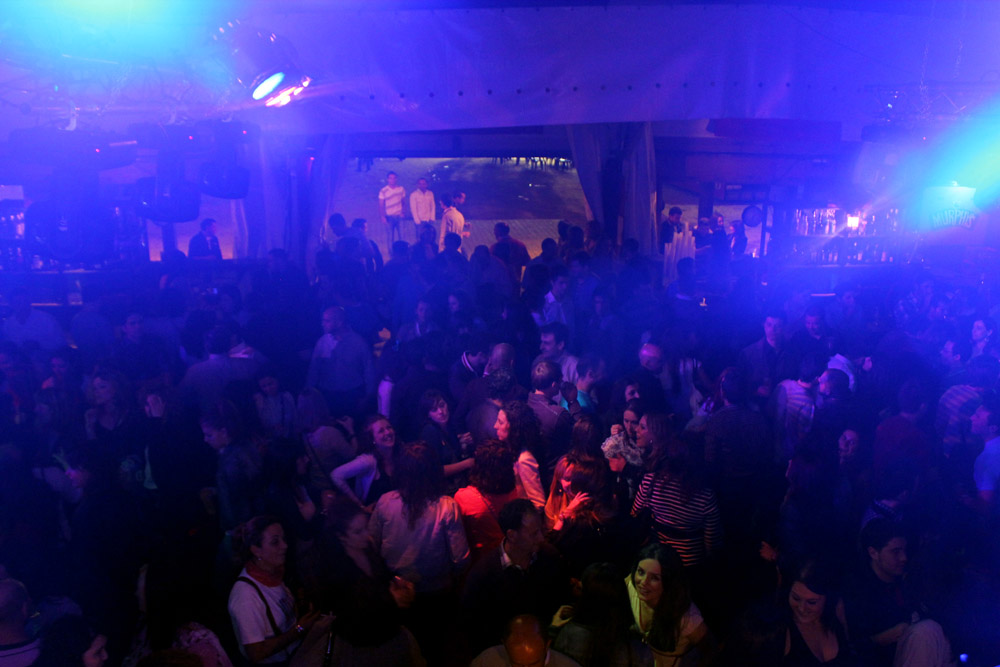 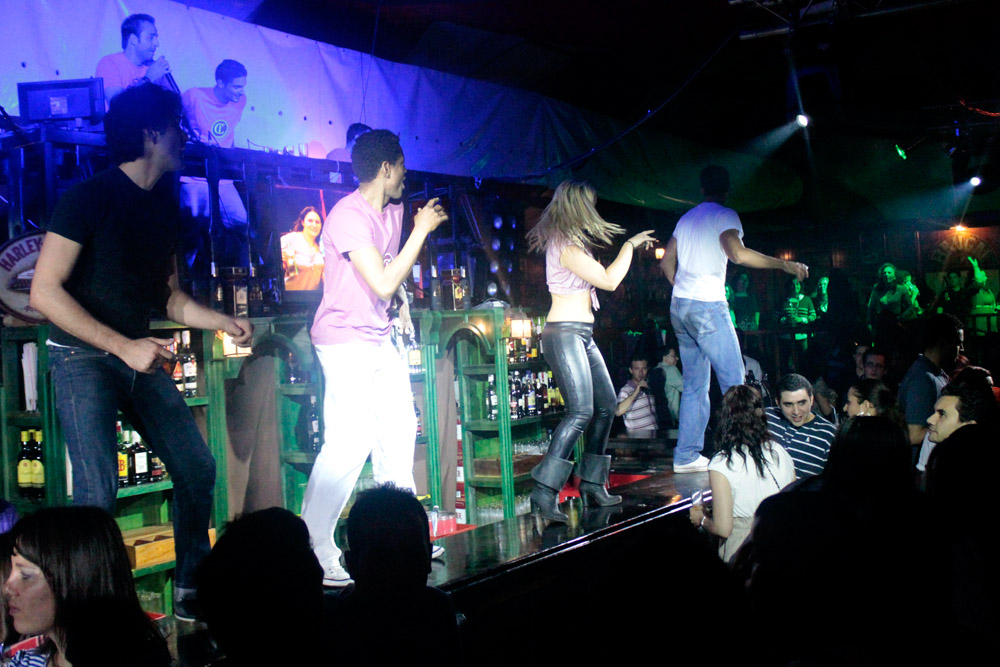 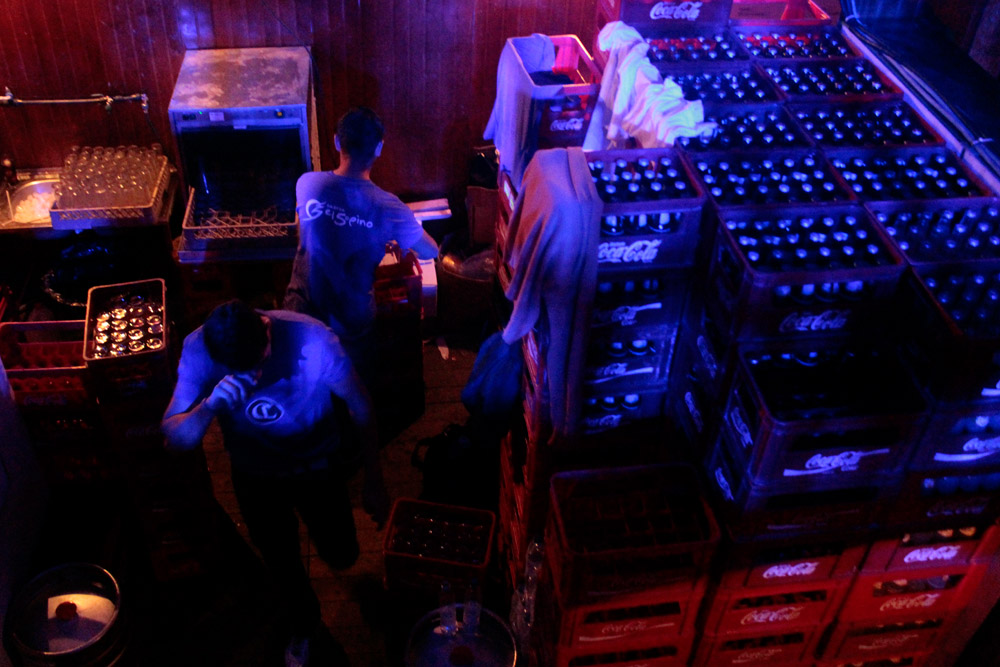 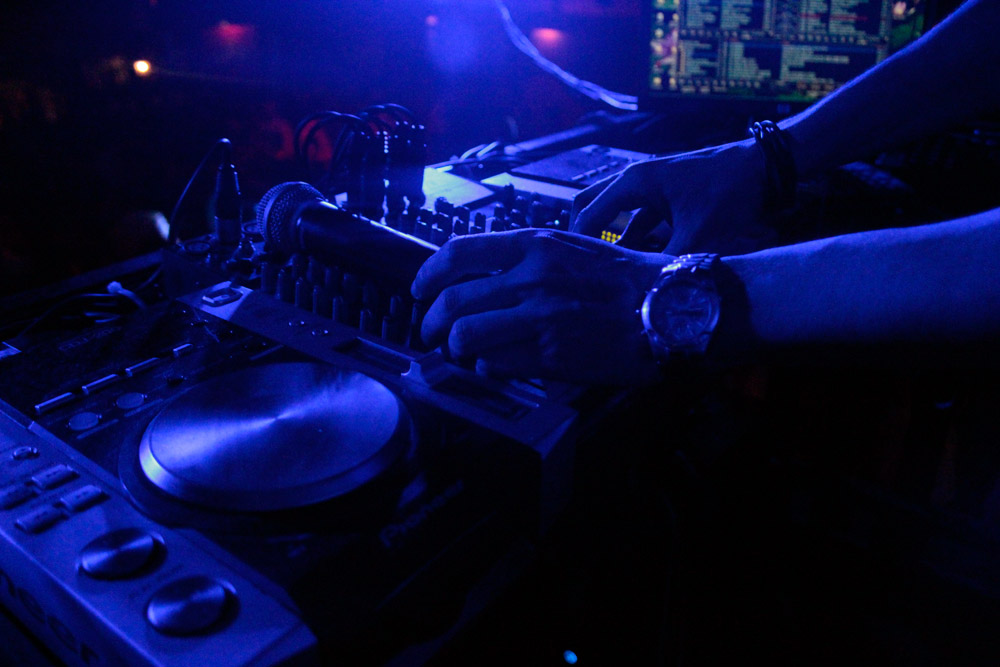 Also, Jamon Jamon’s Javier Bardem is welcome to Jerez de los Caballeros anytime. I’ll give him a tour of the Feria de Jamón. 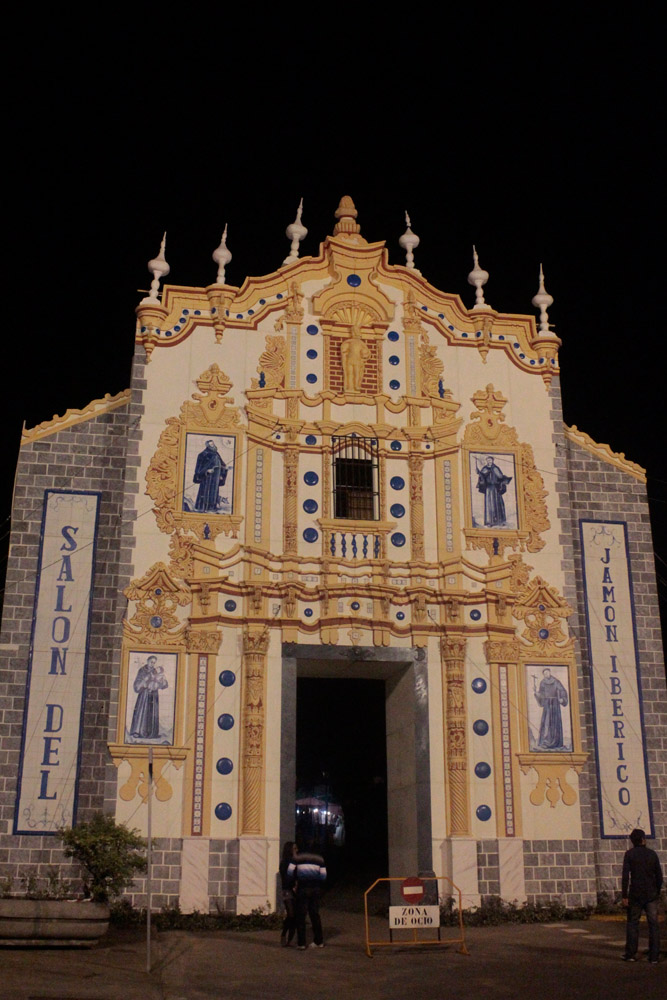