What do you think of bullfighting?

I saw a bullfight in Jerez de los Caballeros, sat in the front row, had some opinions and would like to hear yours. 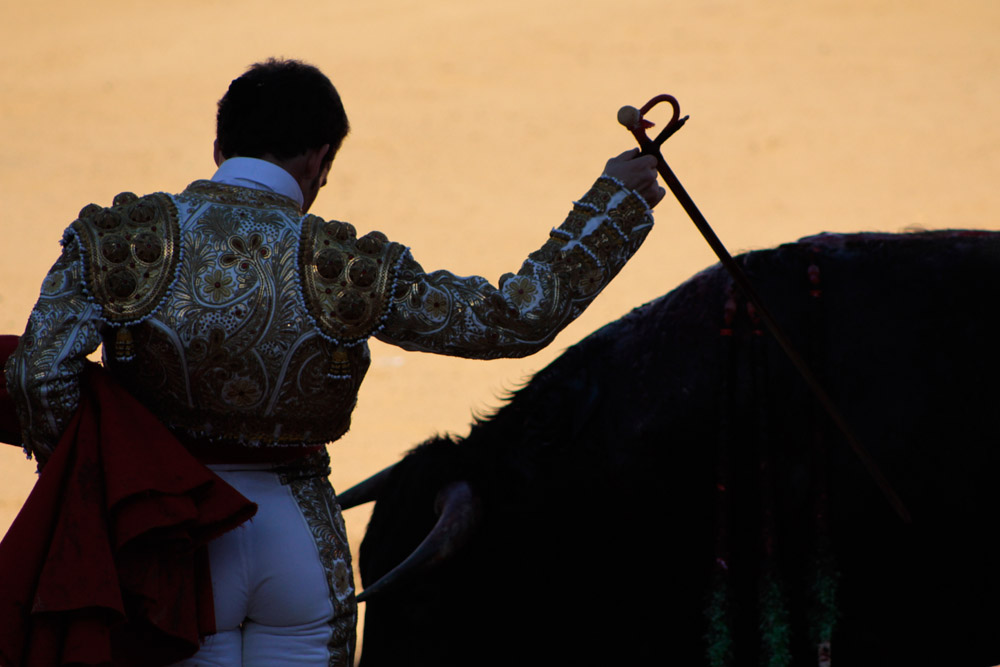 My visceral reaction to seeing animals killed before me is, well, I feel sick. Through my camera lens though, it’s a completely different story. I am focused on the shots I need to get, the moments and the interactions. Therefore, it takes some time for things to process completely. I look at the photos after, and they are just photos. They are the moments captured, snapshots of what happened. Looking through the lens is like watching a movie.

I took so many photos because if I didn’t, I would concentrate on what I was seeing and find that the act was cruel:

Watch this photo slideshow to get a taste for a bullfight in Jerez de los Caballeros. The bullfighter in white is from Jerez, and his name is Emilio Martín.

I respect the art and the tradition. But it doesn’t make seeing animals killed in front of me any easier. When I saw a bull attacking and running at a friend of mine, that didn’t make me any less nervous because he was sacrificing for his art. For his career. For his future. I was proud to know him. I was proud of the men who entered that ring from Jerez de los Caballeros, but I didn’t feel any less sorry for the bulls. 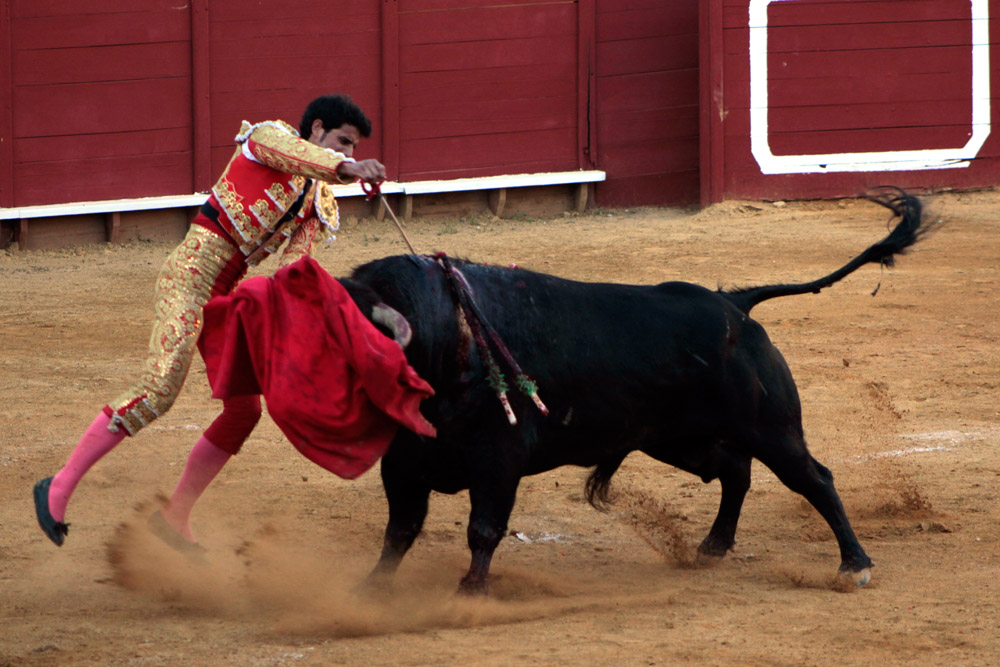 WHO was the first person to think of facing a bull, dancing with him, and sticking him in the back with a sword? Its history is one derived from prehistoric bull worship as well as from Roman gladiators. The bullfights were originally held in the middle of plazas. I’d like to learn more about Francisco Romero who apparently was the first to use a sword and red cape in 1726 when they first fought on foot. Romero must have had guts. 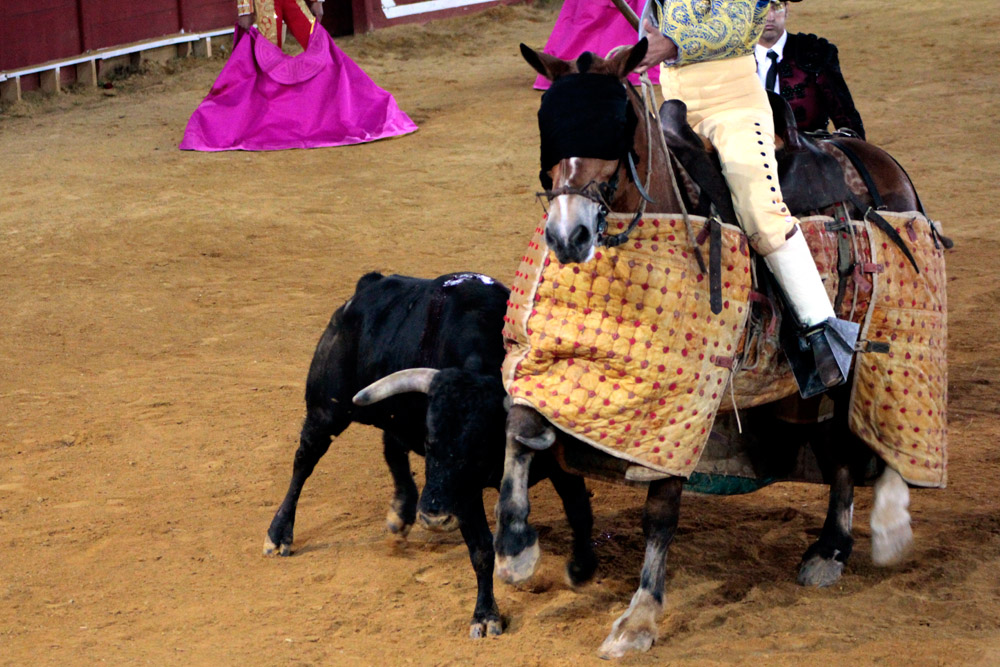 However, it has since become a strong part of Spanish culture. Mixed with the music, the costumes and the hype – the tradition is one to be respected for it’s beauty. But that is only something I can see and respect from a distance.

In reality, I still find it hard to watch. After the bullfight in Valencia, I promised myself I would never see another bullfight. When I got an invitation to see my friend bullfight, however, that was an experience I couldn’t pass up.

There was one bull that was so strong, so forceful that he lived. He was so valiant and fought so well, he lived so he could be bred and create other strong bulls. He will be patched up back on the farm. One out of eight was lucky. The others, well you know the story … 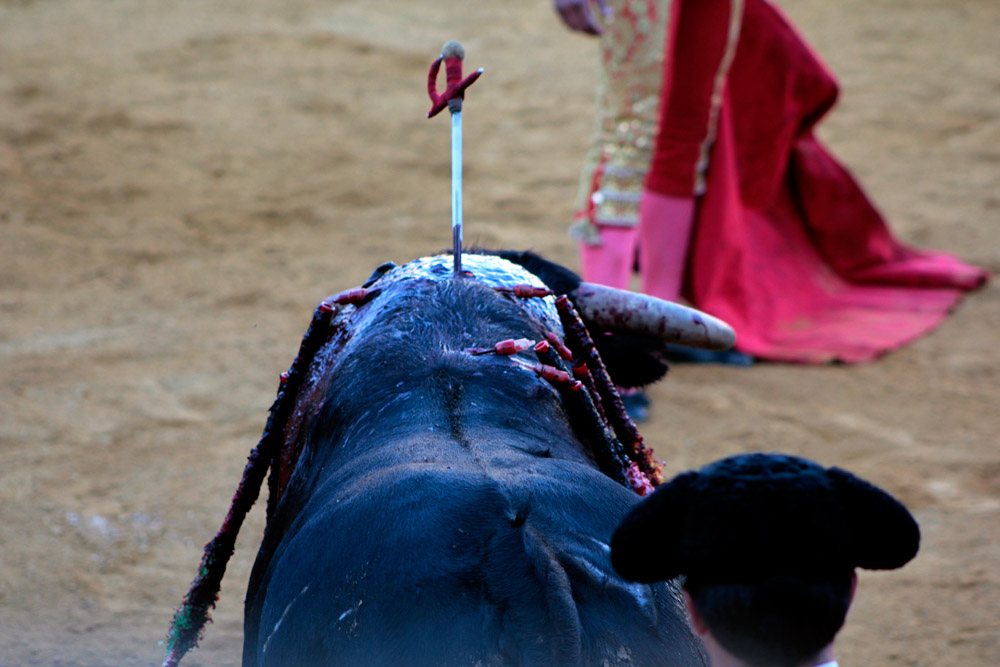 In Valencia, I was extremely far away and even with a zoom lens, I missed a lot of the action. This bullfight I was in the front row on the side that the bullfighters prepare. Great seats for the action. When I put the camera down even for a moment, I picked it up immediately and did video so I could focus on the action from a “safe” perspective.

I only feel grateful for all of the experiences I have had in Jerez de los Caballeros. I feel so lucky that I know the people I do. To receive this invitation to sit in the front row was an honor, and I will never forget the experience to see a friend enter the ring (blog interview to come later), but I am not sure it is something that I will be able to see again.

Have you seen a bullfight? What do you think of them?