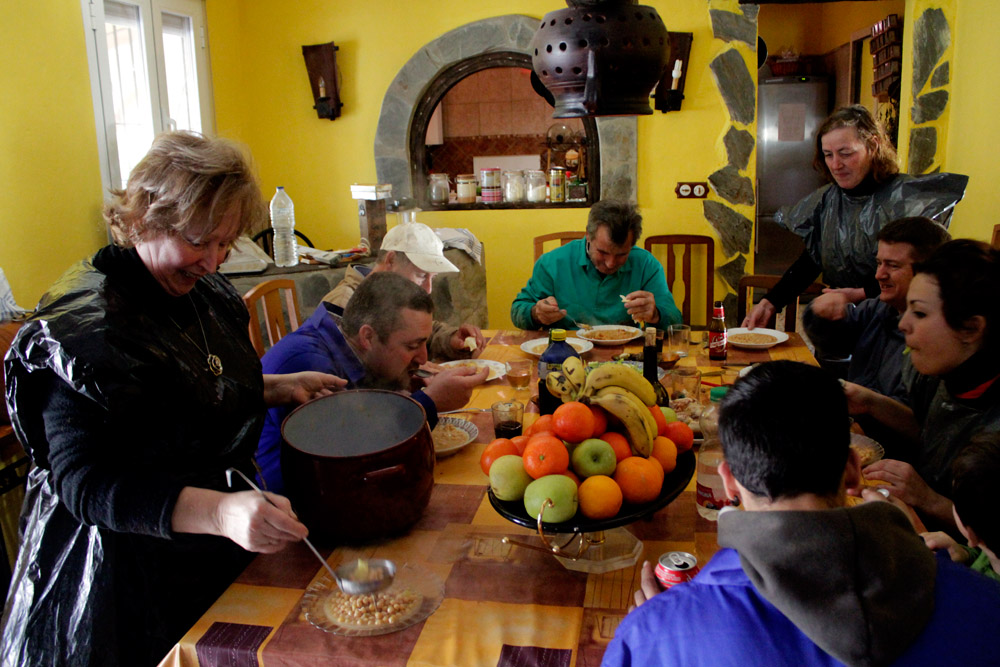 A family crowds around the table to eat garbanzo beans. As bread is passed, the family laughs, relaxes and tries to  catch some moments of warmth near the fireplace. The women are still wearing their trash bag smocks from the morning; they have not taken them off because they know they will be going outside to work as soon as they finish lunch.

The work is messy.

It’s a Matanza, which is a family’s annual pig killing. December through February is the time for a Matanza, when the air is crisp and the flies are not attracted to the raw meat. 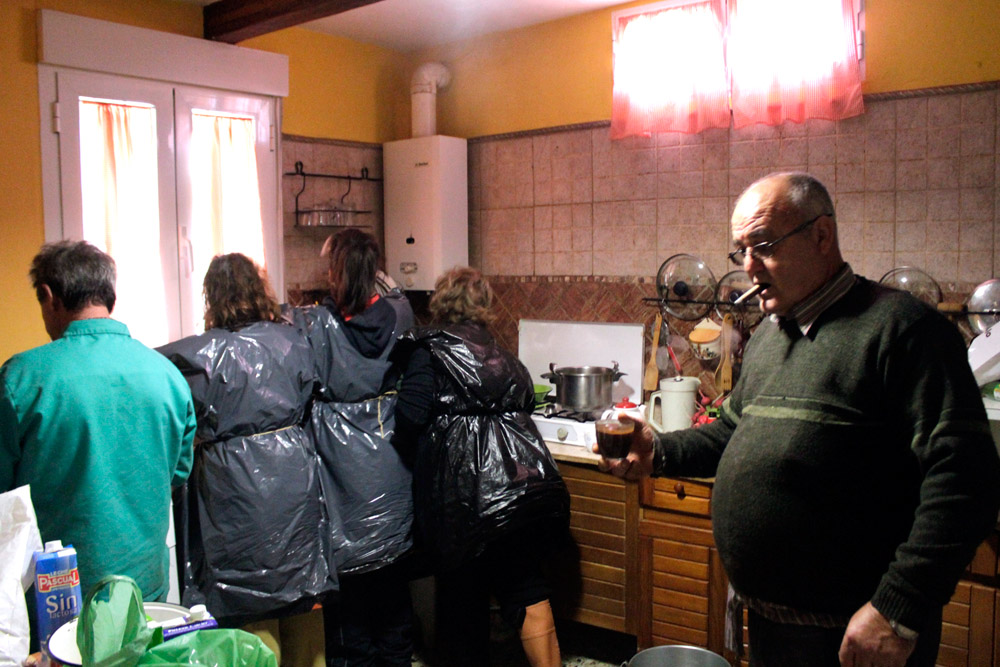 When the family finishes with their lunch, everyone heads outside to the shed again. Two pigs’ legs hang from the top of the shed and plastic boxes line the sides full of different parts of the three pigs. Two women take their places at a table, armed with knives. They begin thinly slicing the dark red pig lungs. Two men push their arms in a mixture of meat and fat, the beginnings of salchichon and chorizo, which will be filled tomorrow.

Pepi Tonoco Barragan is the organizer. She directs how the lungs will be cut as she measures the red pepper powder to adds to the mixture that will become chorizo. Barragan’s family has already been working the entire morning, and this is only the beginning. The meat from the three pigs will need to be processed. 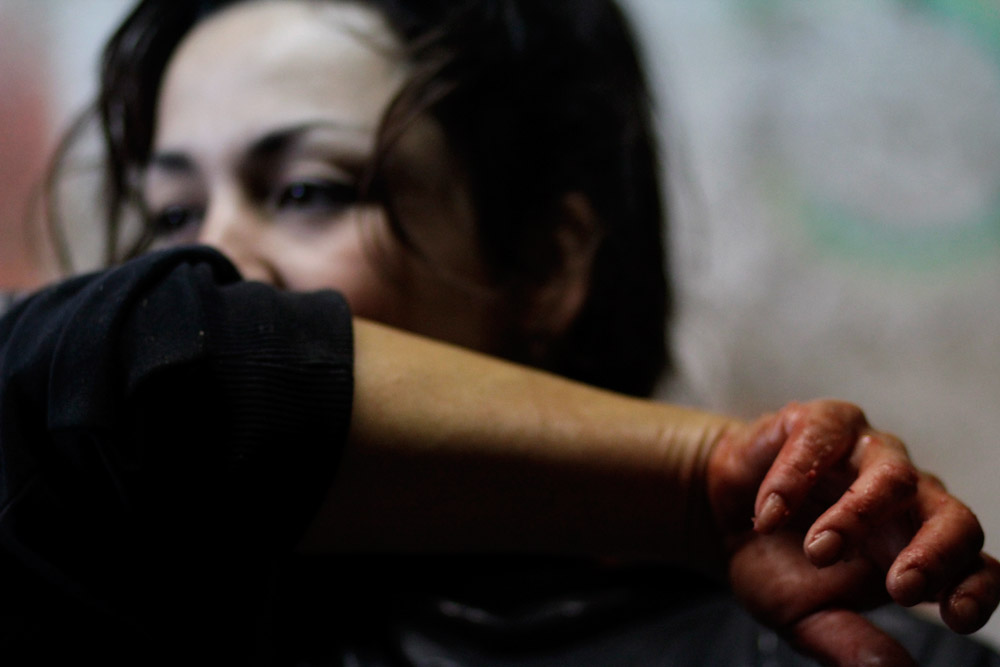 Barragan says she likes the Matanza because she has more control over how the food is prepared. There are no chemicals or artificial ingredients in the meat, which she says is better for the health of her family as well as is more economical. 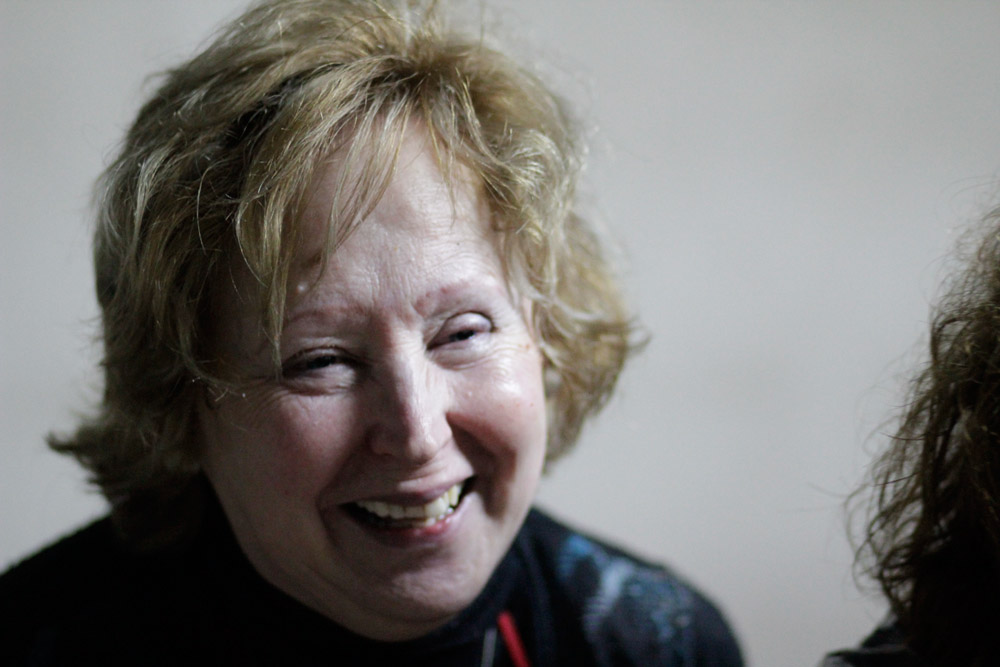 This is family farming as local as it gets. The pigs came from Barragan’s cousin, and he is there to lend a hand, although the main part of his job is done. He has raised and killed the pigs, and with the help of the other men, has cut and divided them. The women have cleaned them, and continue to divide and cut each part of the pig. 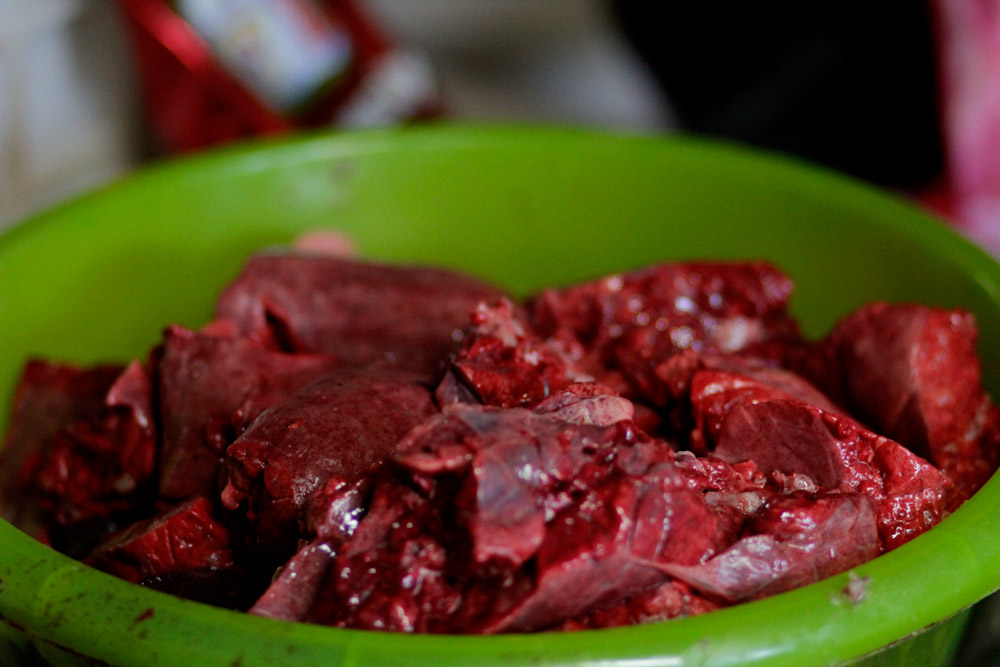 Barragan is the one who has done this almost every year since she was young, and knows what to do and what part of the pig will be used for what. Each part has a purpose and will be used for something — even the hooves, ears lungs, heart and tongue. 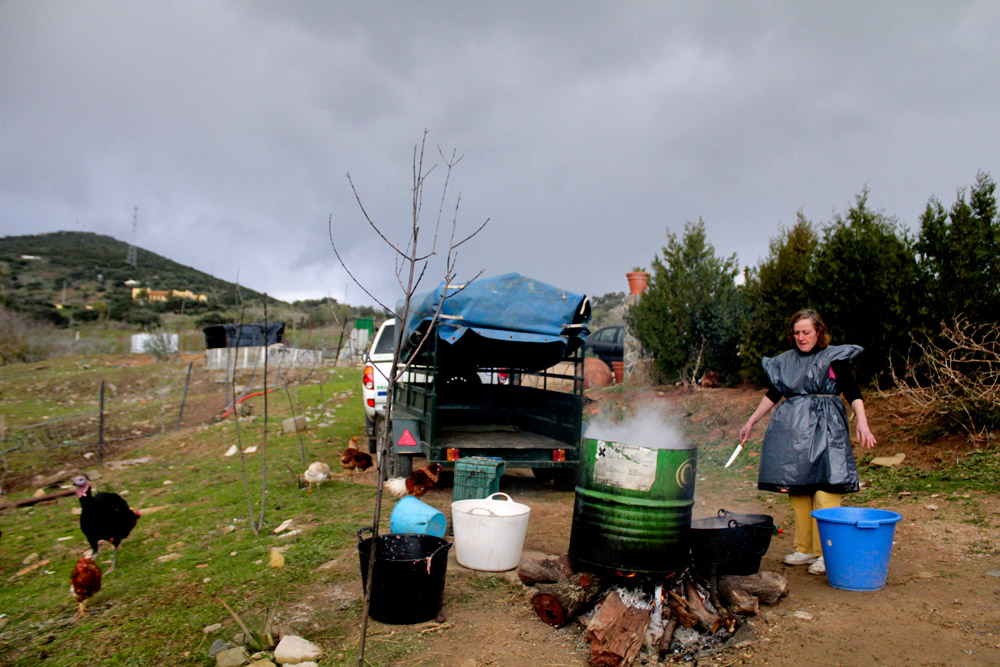 Bonnie Lopez boils the pig tongues outside over the fire.  A couple of kids run around in circles, curiously poking their heads into the “adults’” work. Soon the games begin and pieces of raw meat begin flying here and there. A young girl brings in her violin to play and the work stops to listen to her. This matanza is for Lola Montero, Lopez’s cousin. The meat will go to her and her family. Next week they will have a Matanza for Lopez. 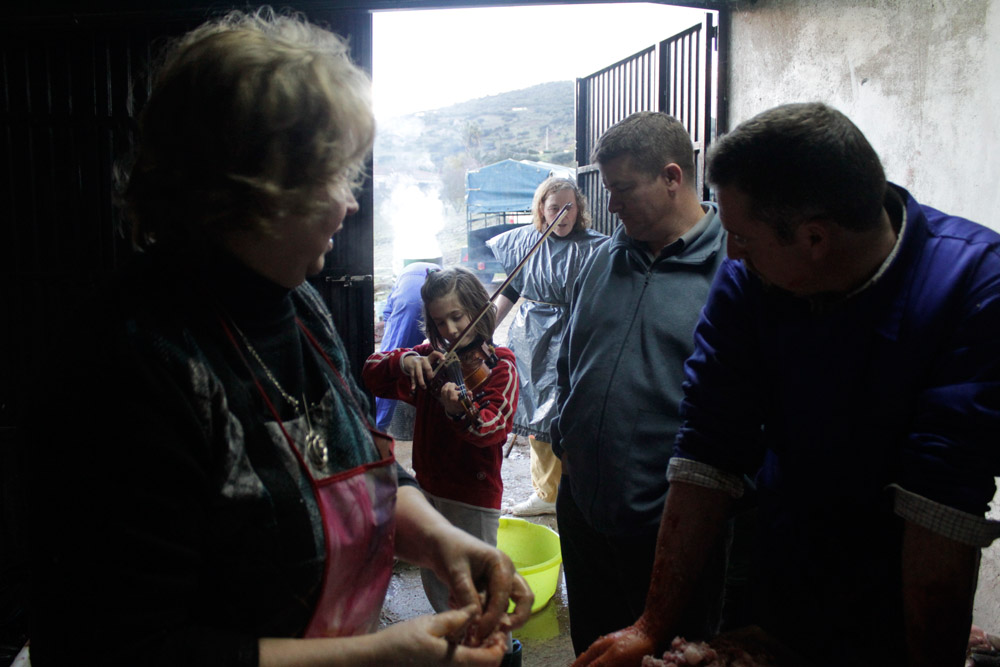 They then get the fat to make it into butter. The work would cause alarm in many, this digging fingers into the goop of an animal, but the members of this family have been around Matanzas since they were young.

The Matanza’s original purpose was to have enough meat before the winter. It has remained due to the tradition, its practicality and the joy of family; the family always gets together during this time, and each person is given a role depending on his or her age.  An expression in Spanish is “a todo cerdo le llega su San Martin”, each pig gets his St. Martin (pigs are killed in January, which is the time of St. Martin).

The light is hazy as the sun slowly lowers behind the countryside, but no one notices the orange sunset. They family is still busy, gathered around the table inside the shed, dividing  the parts of the pig, under a dark blue sky. 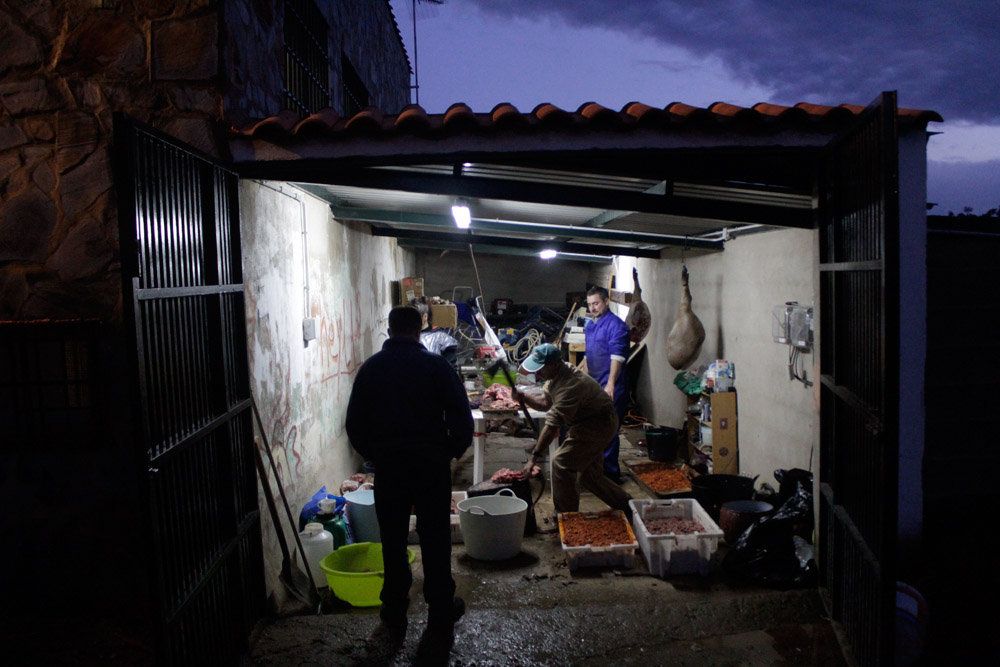