Welcome to the candy party 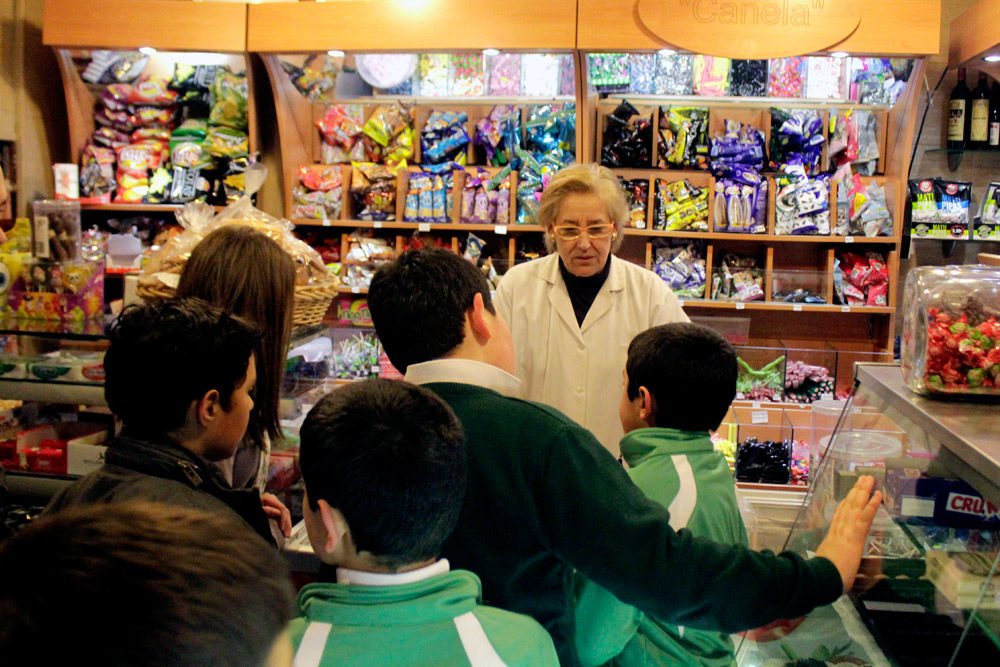 A group of five teenagers gathers around the counter at Pasteleria Canela and Tomasa Pitel Jimenez patiently waits in her white coat, framed by the colorful candies behind her. Often in the afternoon, the storefront is filled with people and Jimenez stands behind the counter as the host of a great sugar party as she greets them, laughs with them and feeds them pastries, candies or snacks.

A young girl, carrying a violin on her back and music in her hand, picks out red gummy ropes for a snack and waits for her friends. A family walks in with two young kids. The kids stand on tiptoes to see over the counter to pick which candies they want. Jimenez smiles as she fills the kids orders and helps them count their money. 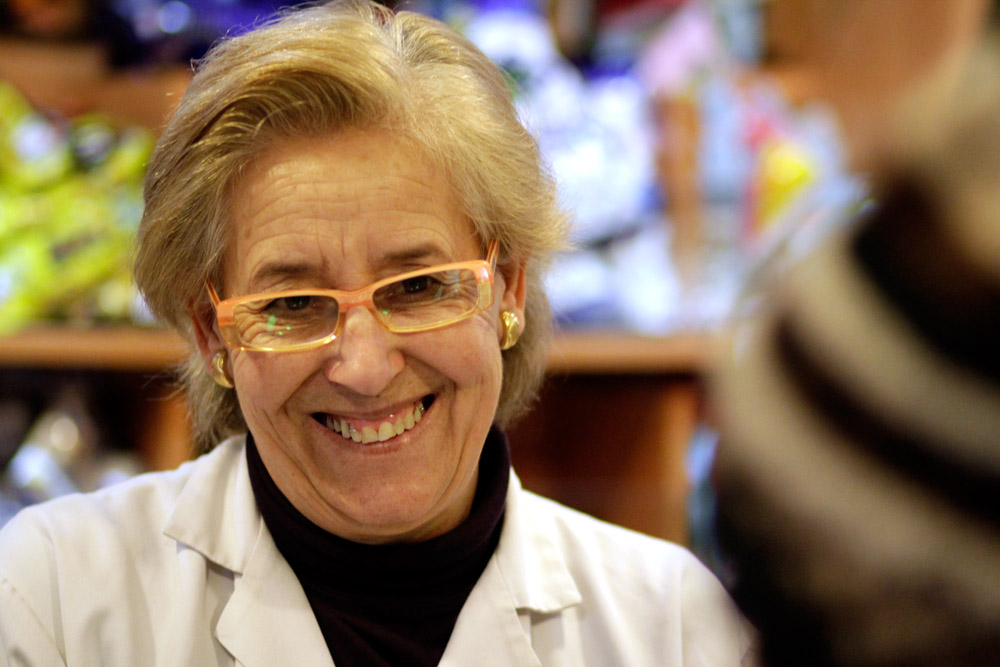 Canela is only open on the afternoons, and on this Friday afternoon, Canela has a steady stream of teenagers, kids and families.

Canela has been in the same location off the St. Martin Plaza for 15 years. Jimenez learned how to make pastries from her father, who works at another bakery in town. Jimenz has since taught her son the craft. 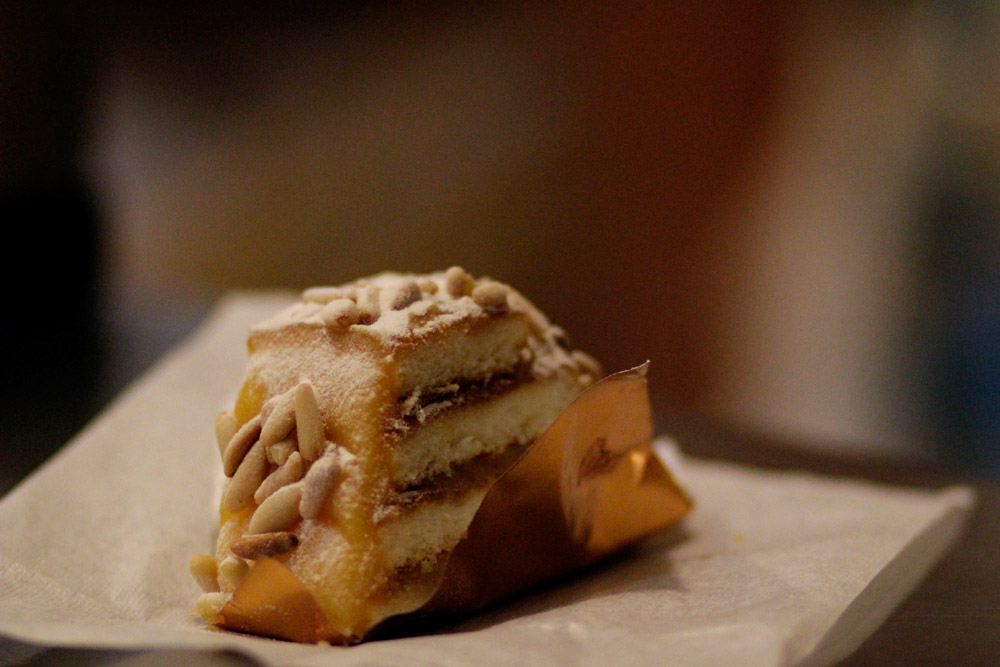 Jimenez says she loves selling the pastries because she is proud they are artisan products made either by her or by others in the town.

Jimenez says it’s a struggle to compete with a big business like Mercadona because often people will choose goods from Mercadona because they are cheaper, even though they might be made with artificial ingredients. She does carry some prepackaged chips and candies because often teenagers will chose those snacks over the artisan ones.

[audio:http://lauraeshelman.me/wp-content/uploads/2011/01/Cookie.mp3]
Listen to Jimenez speak about the quality of artisan products over those that supermarkets like Mercadona carry products, which she says are filled with conservatives and chemicals. 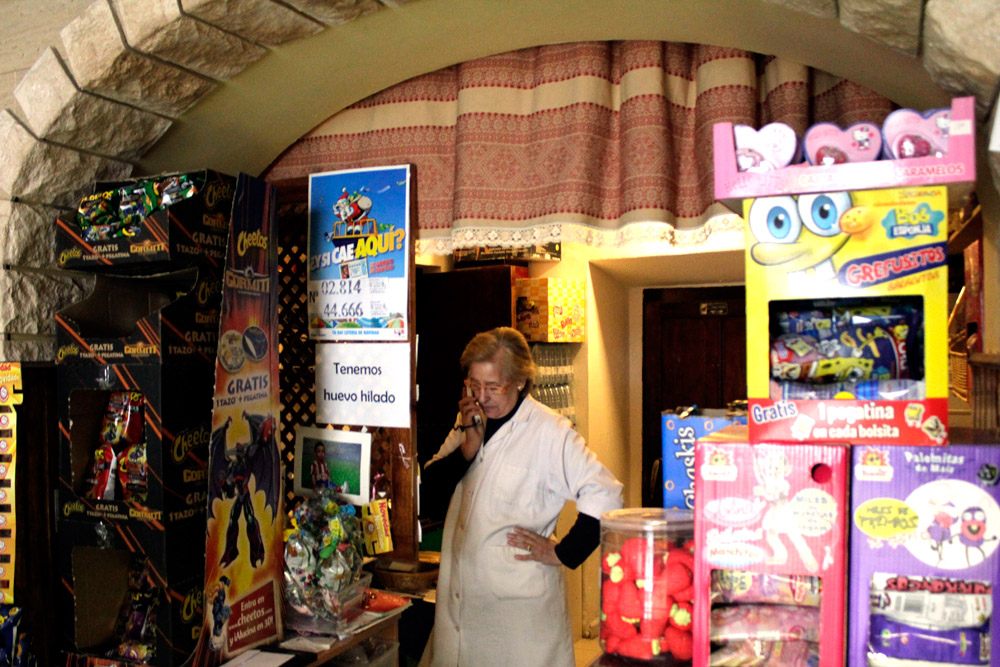 Her pastries only have flour, butter, sugar, milk and eggs. For Bollo Turko, which is Jerez’s own cookie, she adds lemon and almond, and it tastes like rich marzipan. 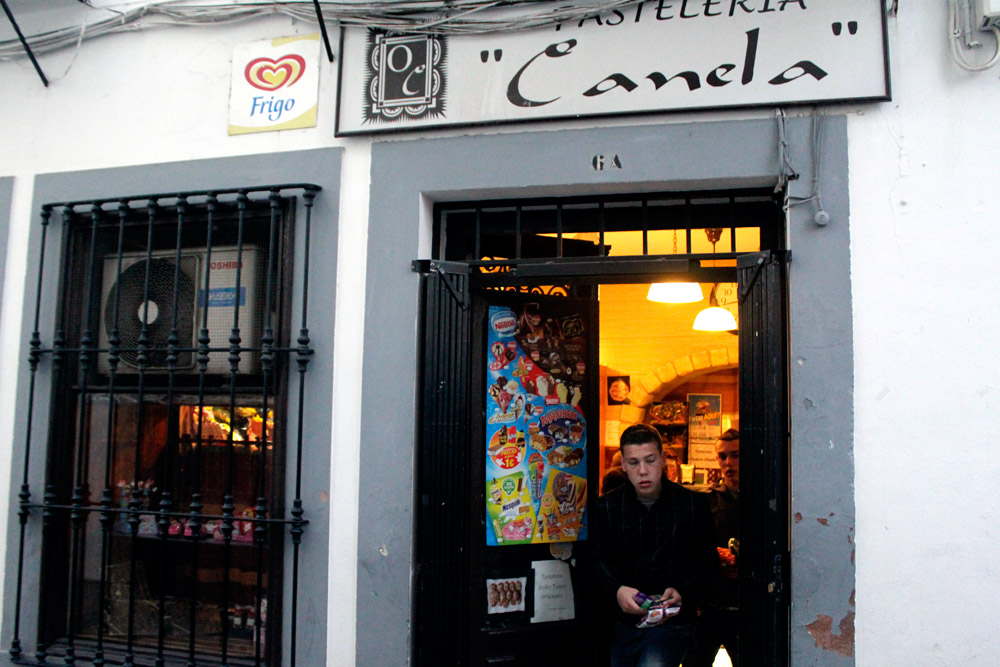 As each person comes in, she methodically fills their order, counts out the change in her head and starts on the order for the next person. Jimenez says she knows everyone in Jerez de los Caballeros and behind the counter, she makes sure each person feels welcome. The afternoon is her party and everyone is invited to partake in the sugar.