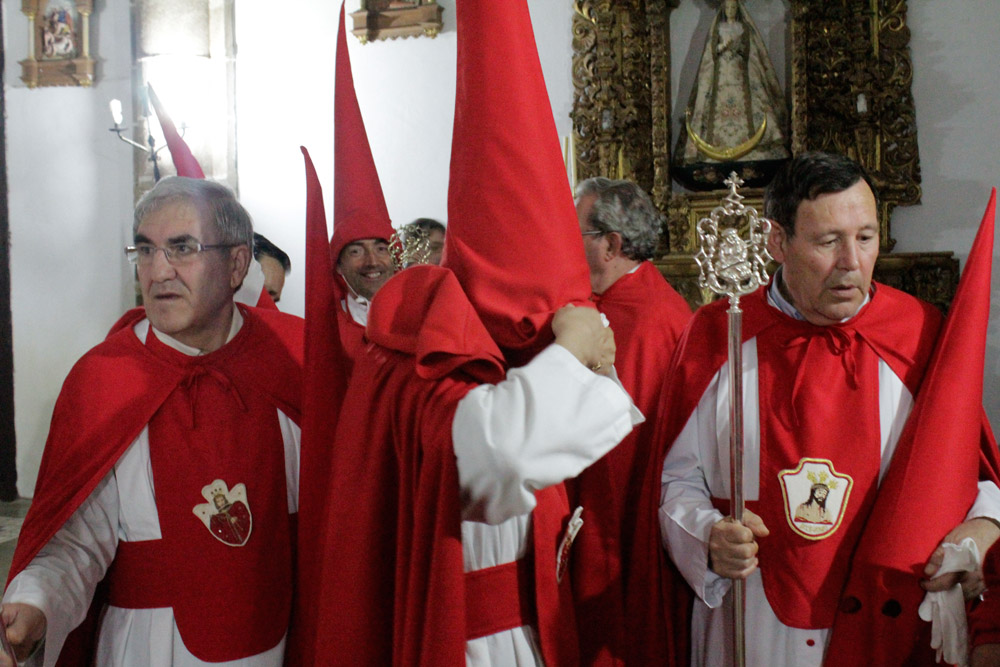 It’s a busy scene inside of San Miguel. Men dressed as Romans wait on pews next to their plumaged hats. Acolytes chat to one another near the front of the church. The nazarenos help eachother by tying on their tall, red pointy hats. Some use them as a bag, keeping their gloves and other necessities inside. Meanwhile, a man distributes tall candles to the nazarenos. 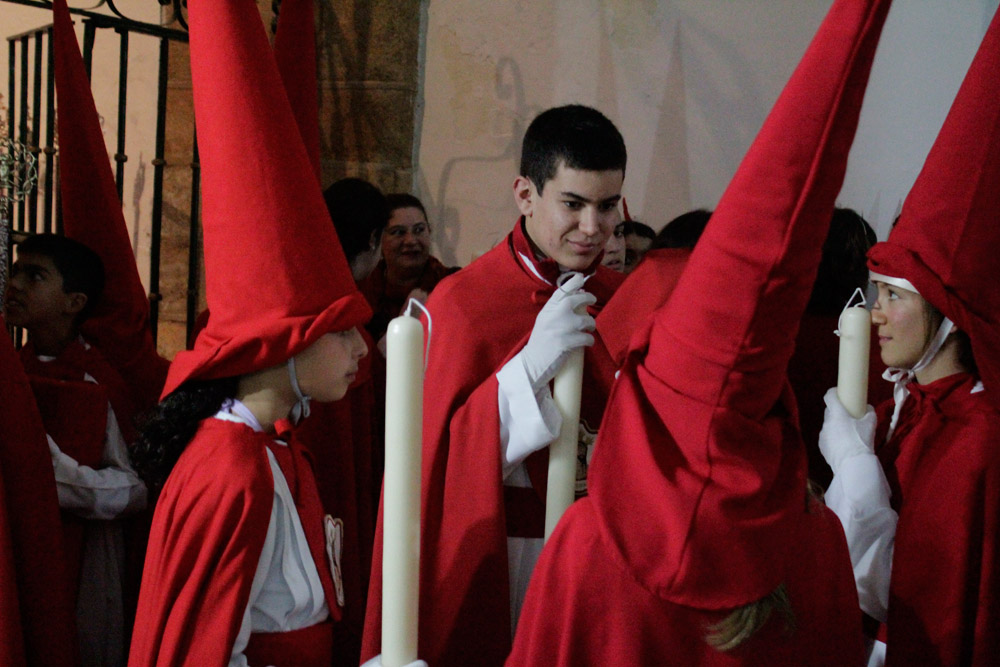 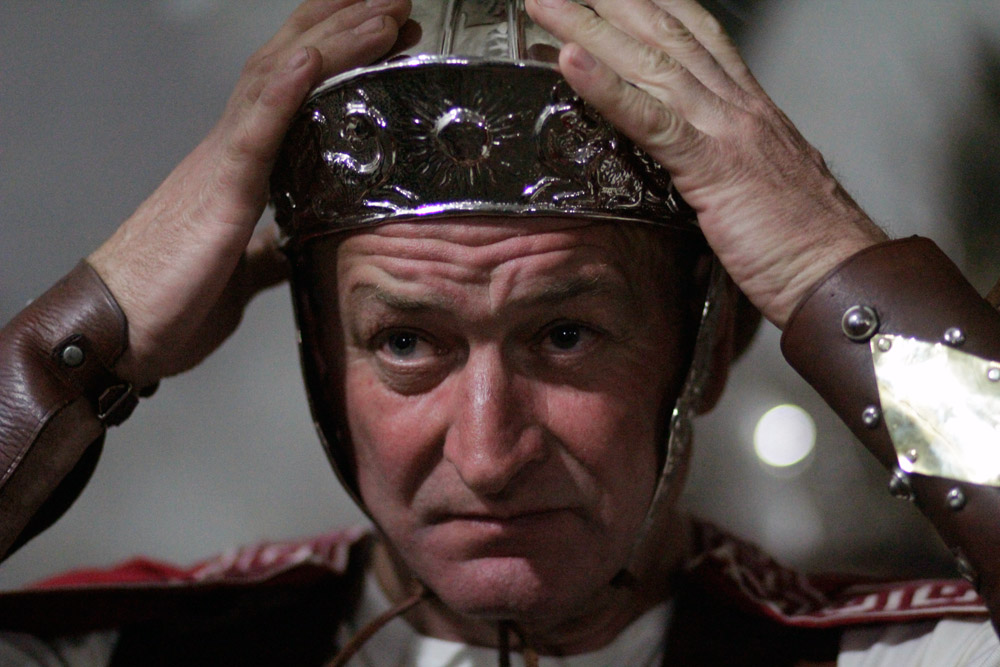 A mantra of “derecha, izquierda, derecha, izquierda” (right, left, right, left) echoes in the hallways of San Miguel. The men who carry the Virgin Mary float practice under the direction of Jose Perez Guerrero, the captain. Accompanied by a recording of the band, he keeps the men focused on their steps as he critiques them. 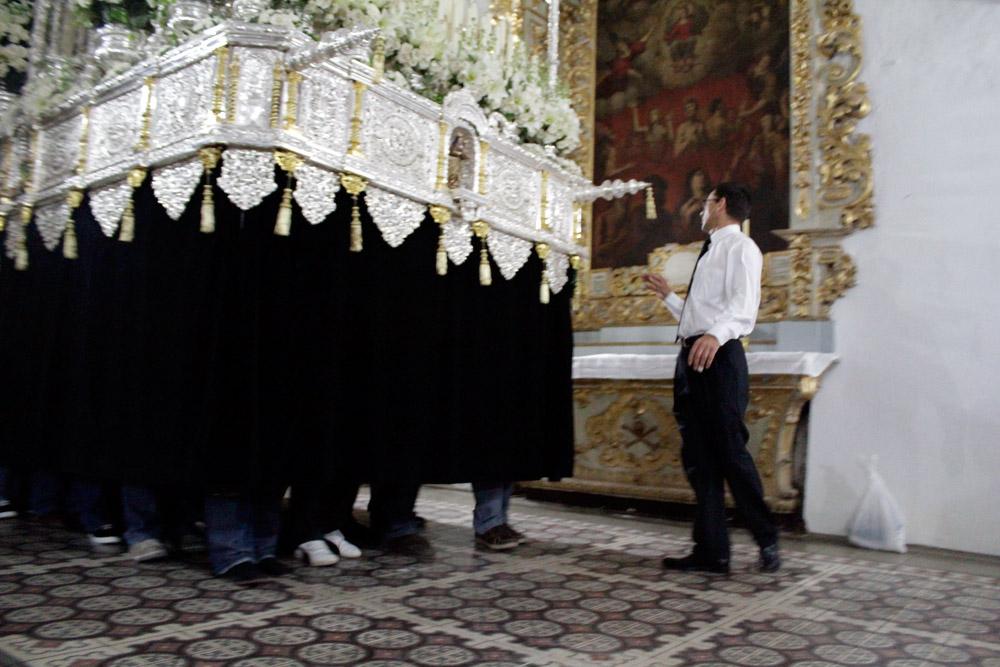 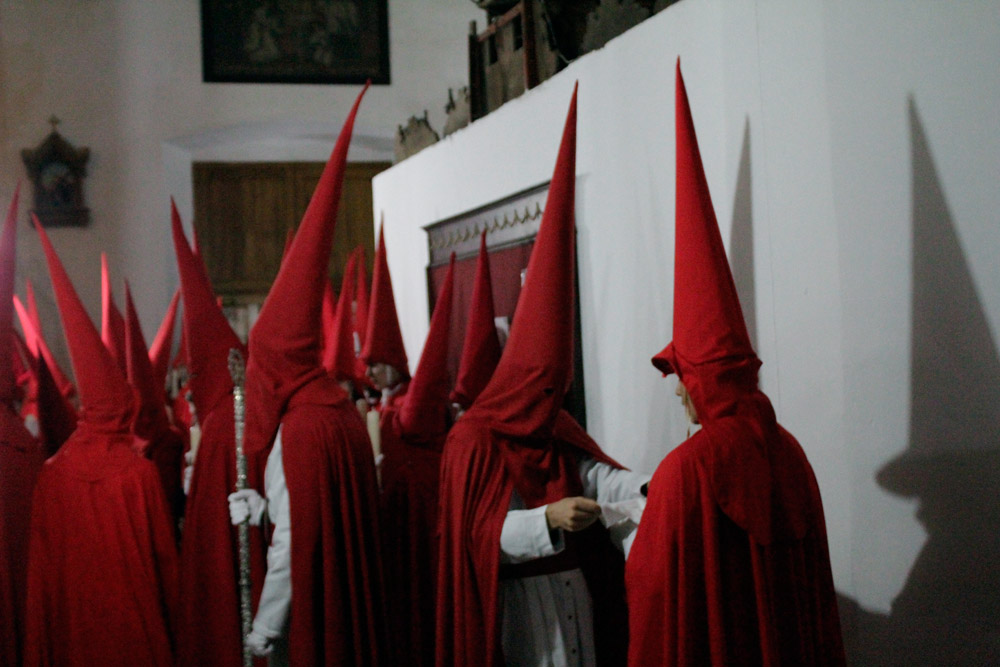 “It is lived with a lot of intensity. Semana Santa is everything.” (“Se vive con bastante intensidad. Semana Santa es todo.”), Guerrero says.

To him, the week brings in his grandparents, so it’s a religious celebration as well as an opportunity to get together with his family. 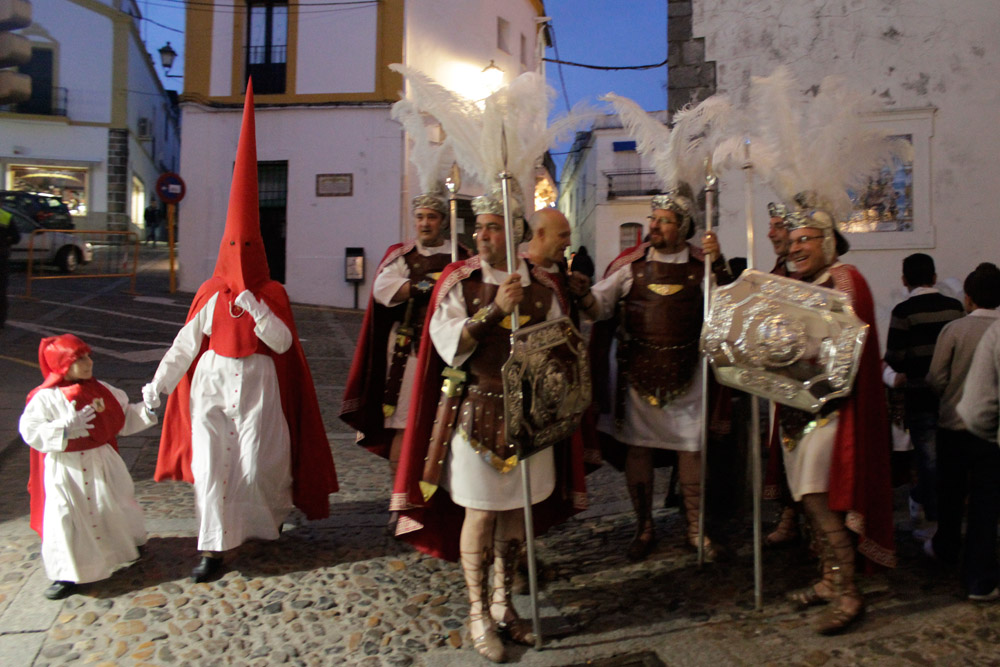 Once they finish practicing, the men who carry the floats (called costaleros) tie red cloths around their stomach to help with lifting. They are called costaleros because of the binding they wear around their waist. They wear towel wrappings on their head to protect their neck and shoulders.

They have practiced on Saturdays for three months to prepare for this moment. 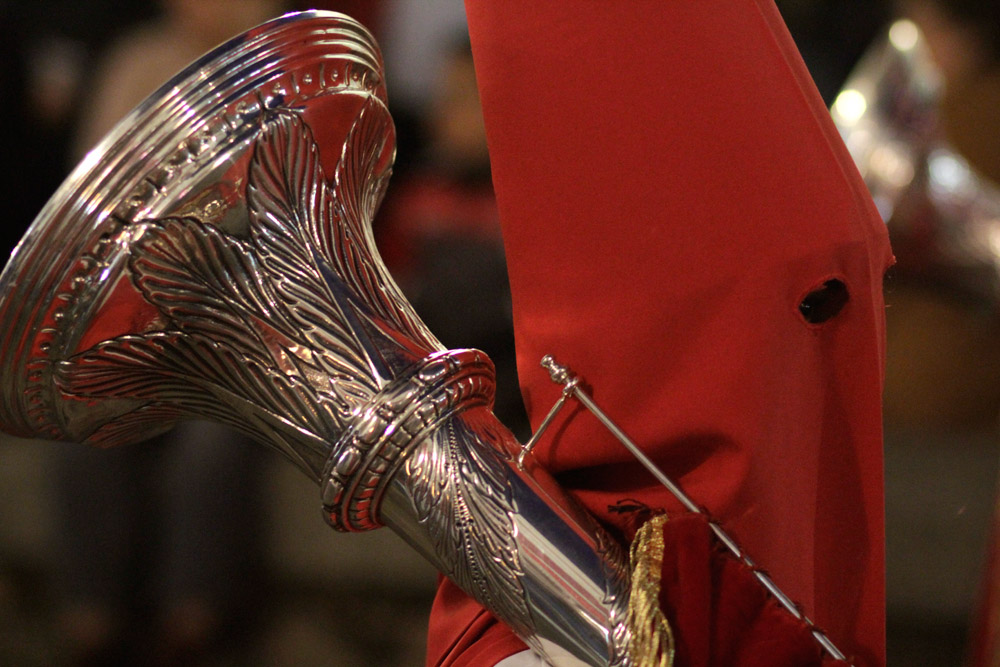 The nazerenos start to leave out of the church, signifying the beginning of the procession. 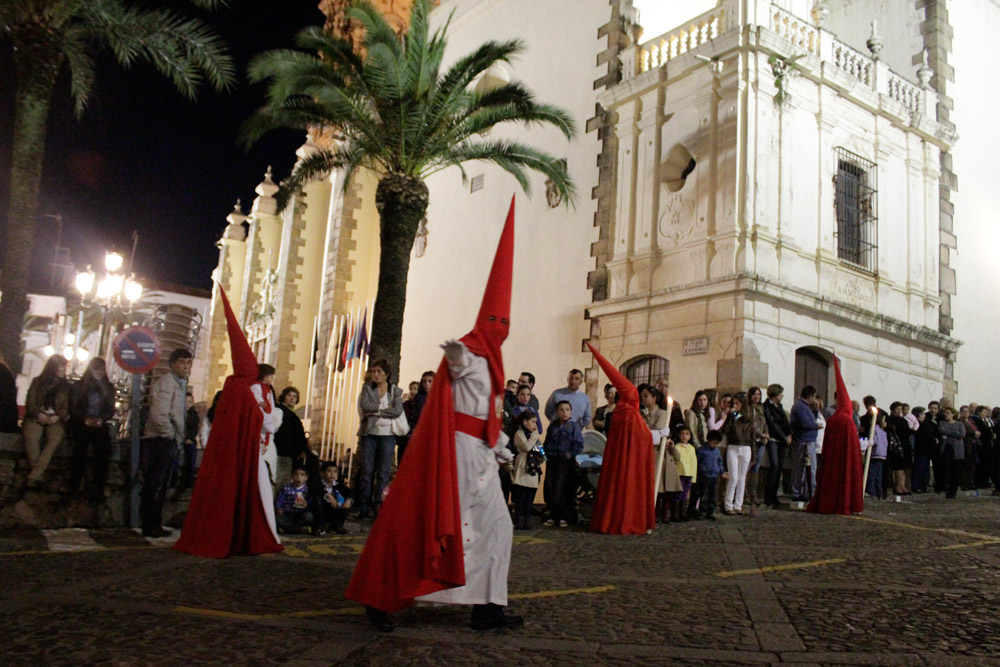 Each is equipped with a long candle. The kids pull the hoods back on their hats so they can see. 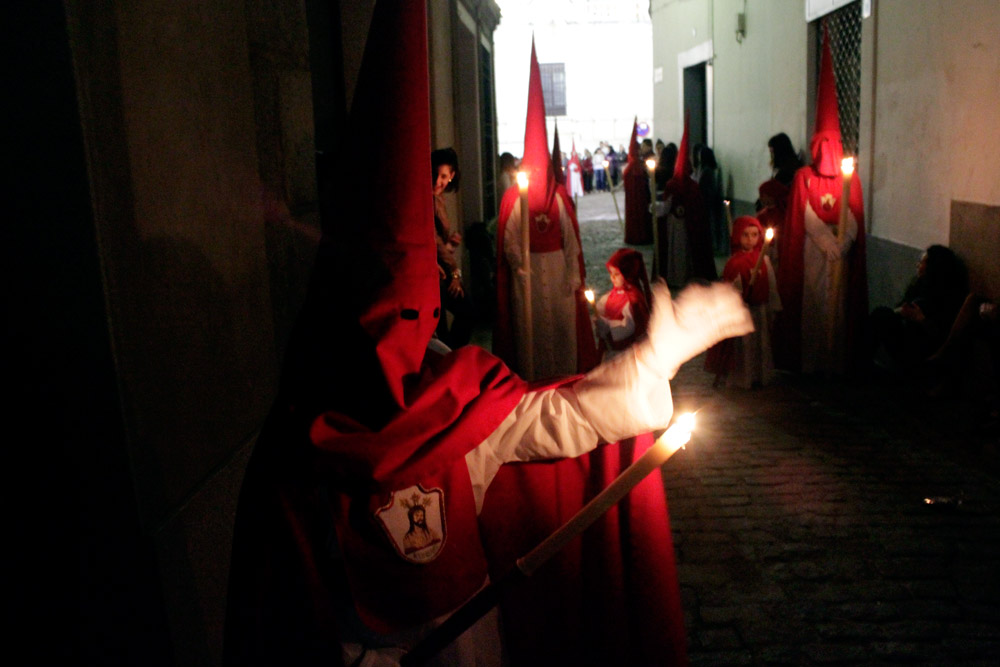 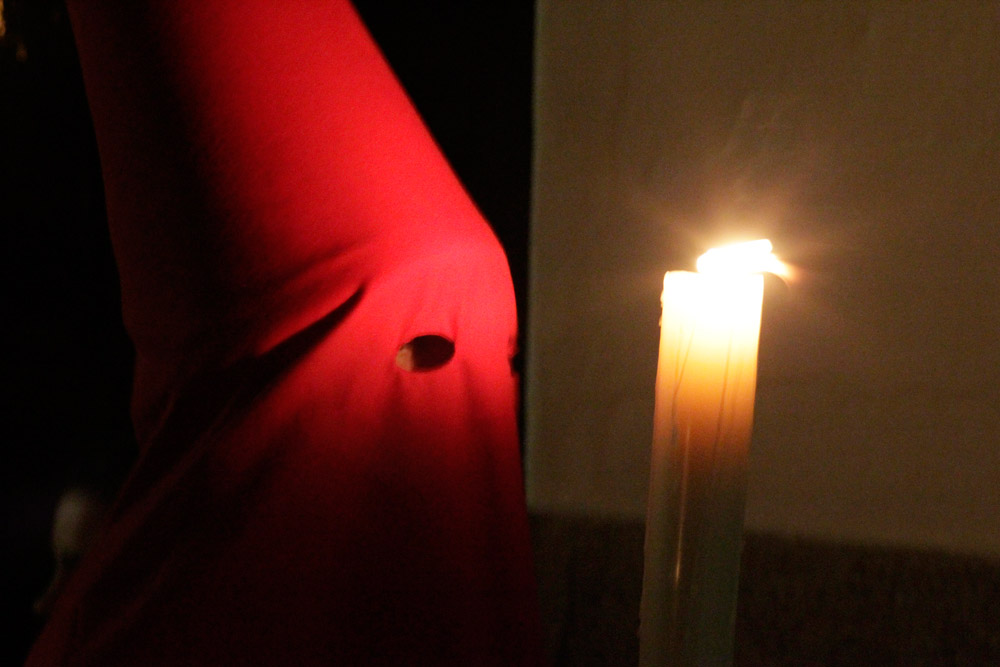 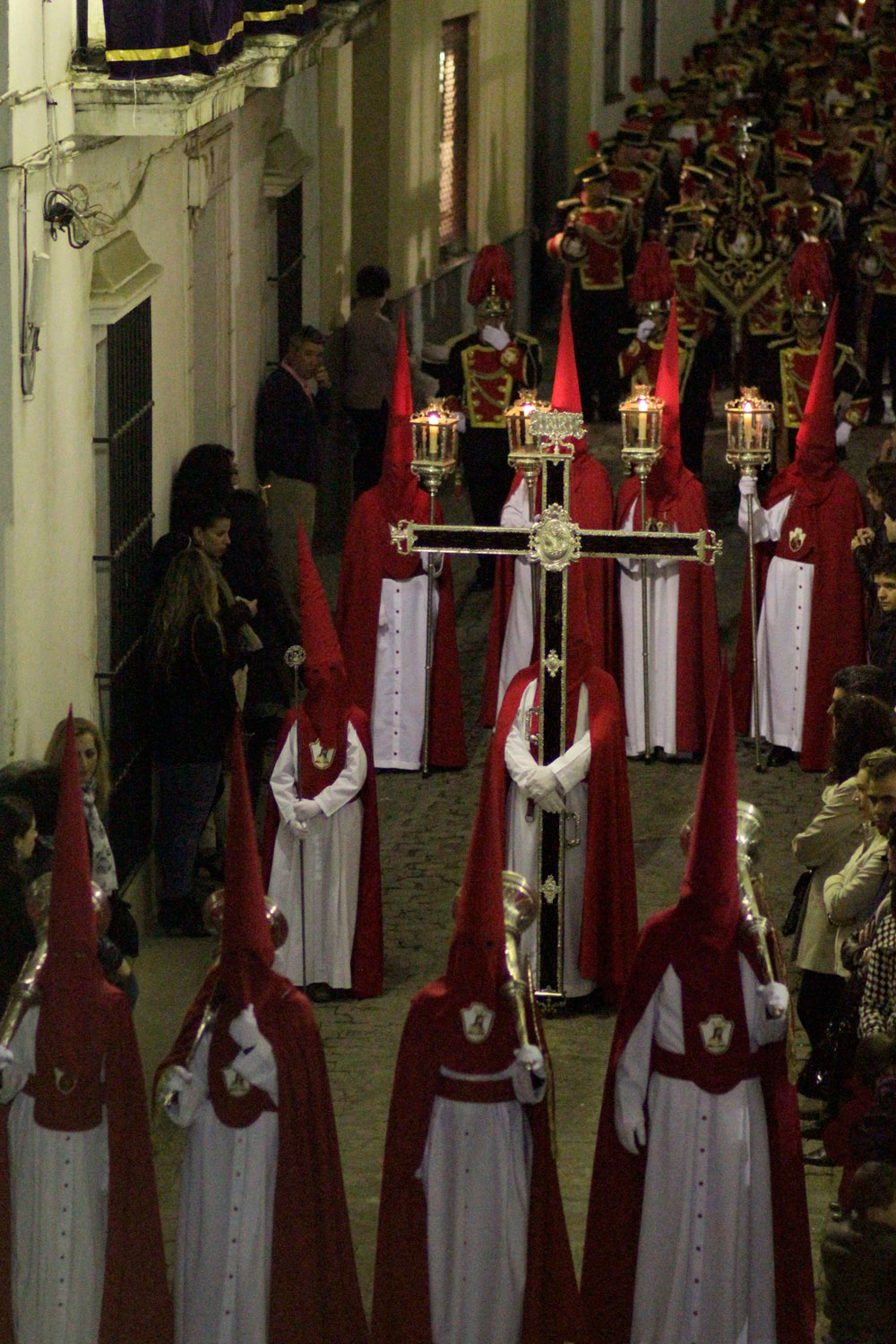 The procession on this Wednesday night competes with the Real Madrid v. Barcelona soccer game, which means two very important Spanish passions were competing – Semana Santa and football. Those watching the game in the bars near the plaza explode with excitement (at least the Madrid fans) before the end of the procession.

The night doesn’t end with the procession. The bars don’t close this week, and Thursday is a holiday in Spain, so the festivities continue, as does another very old Spanish tradition – drinking. 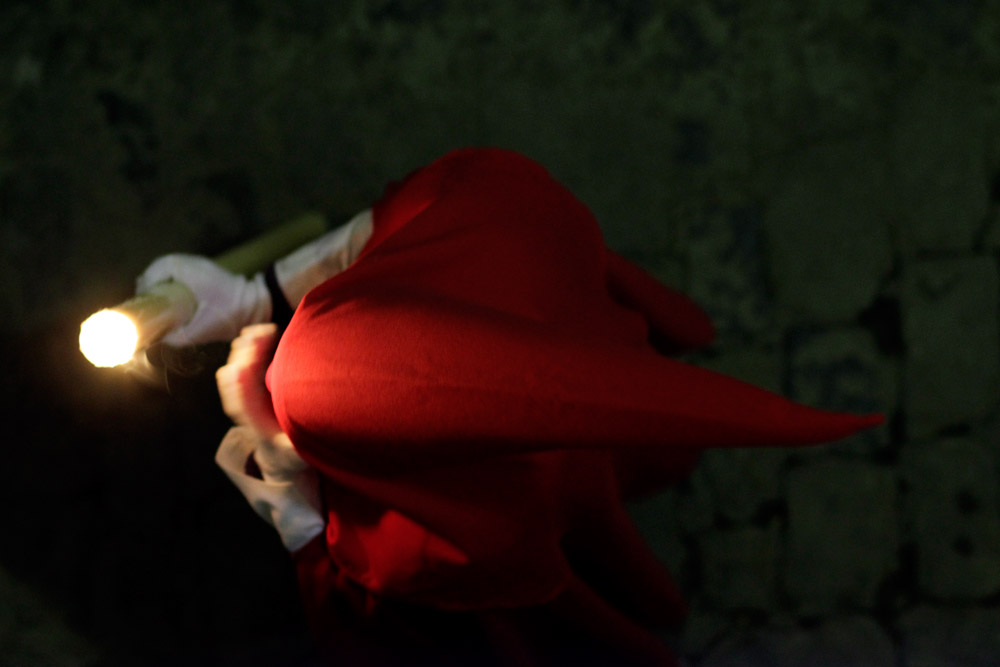 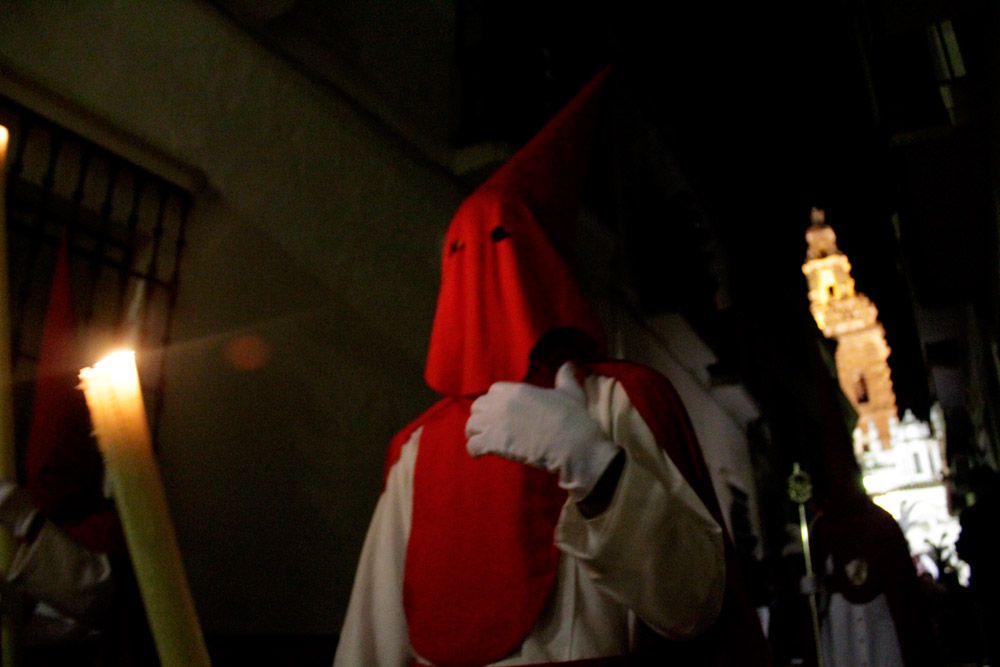 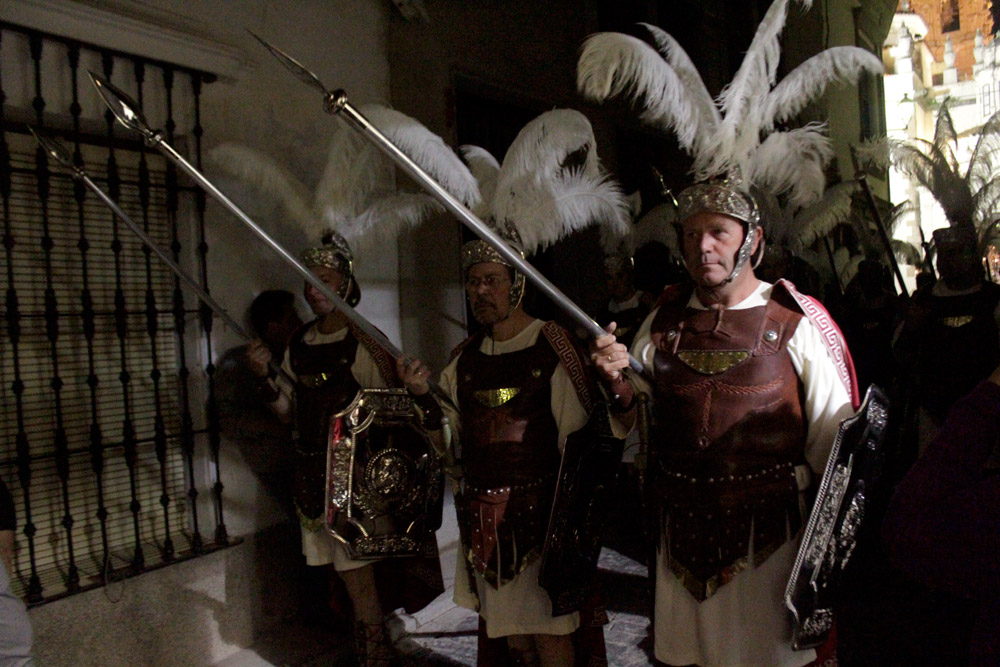 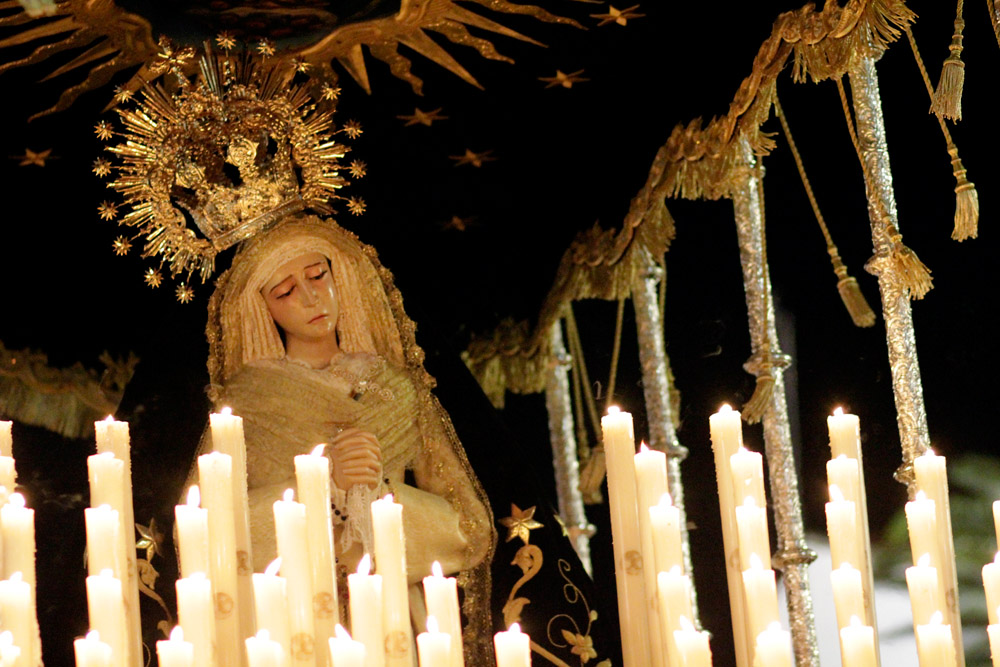 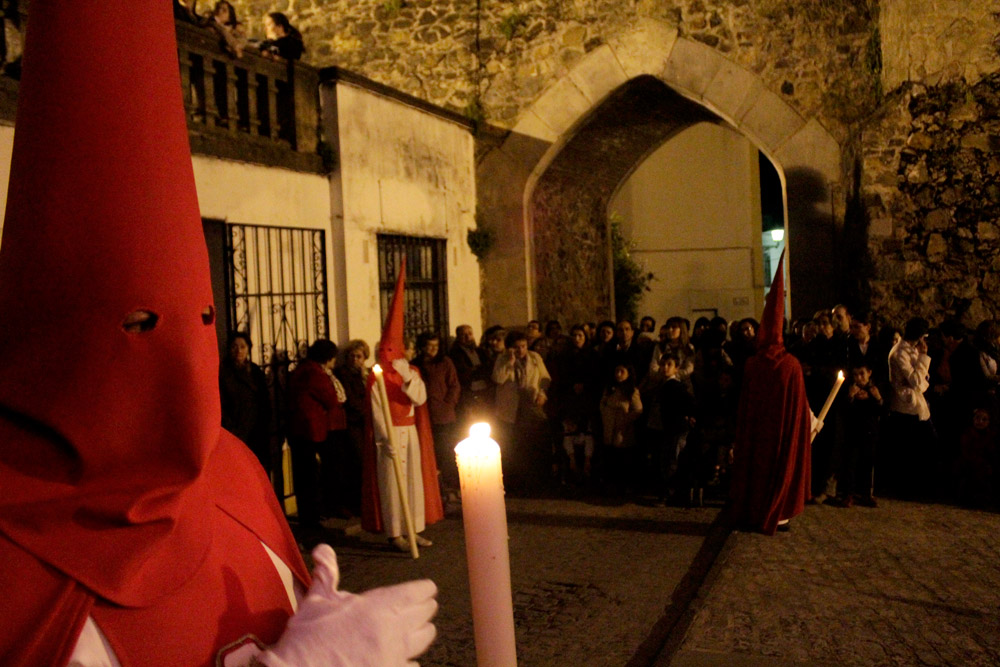 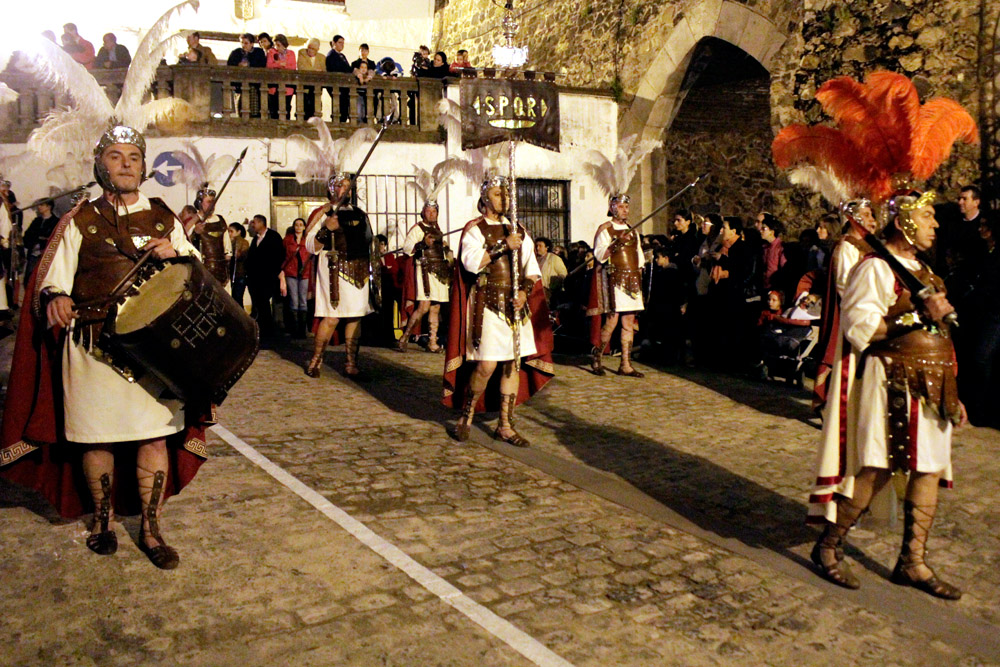