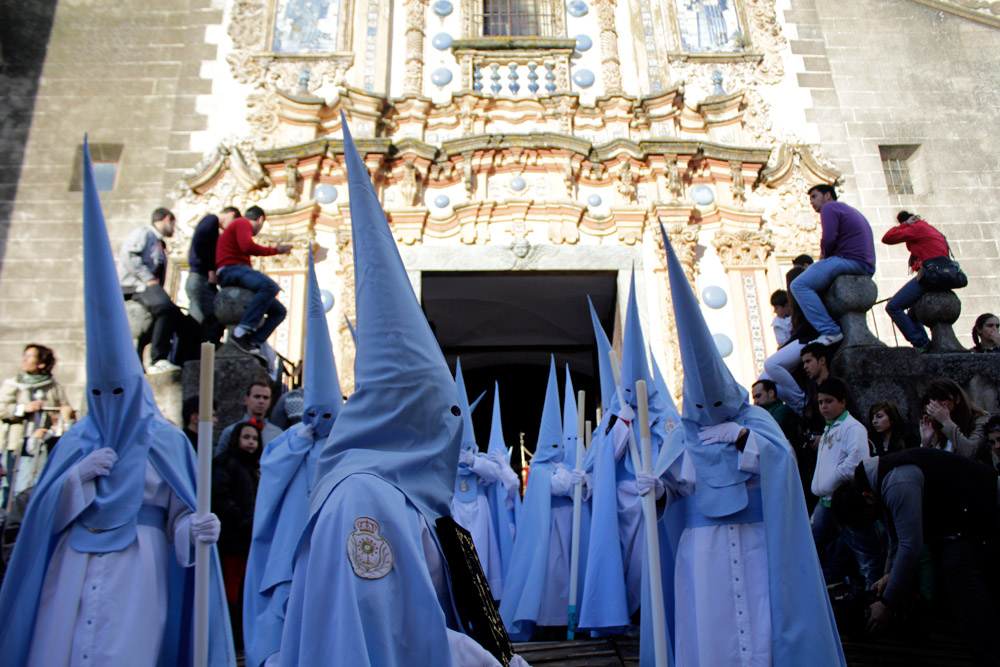 The procession starts to leave from Iglesia de San Bartolomé. The clouds have parted and the sun emerges warming the scene. 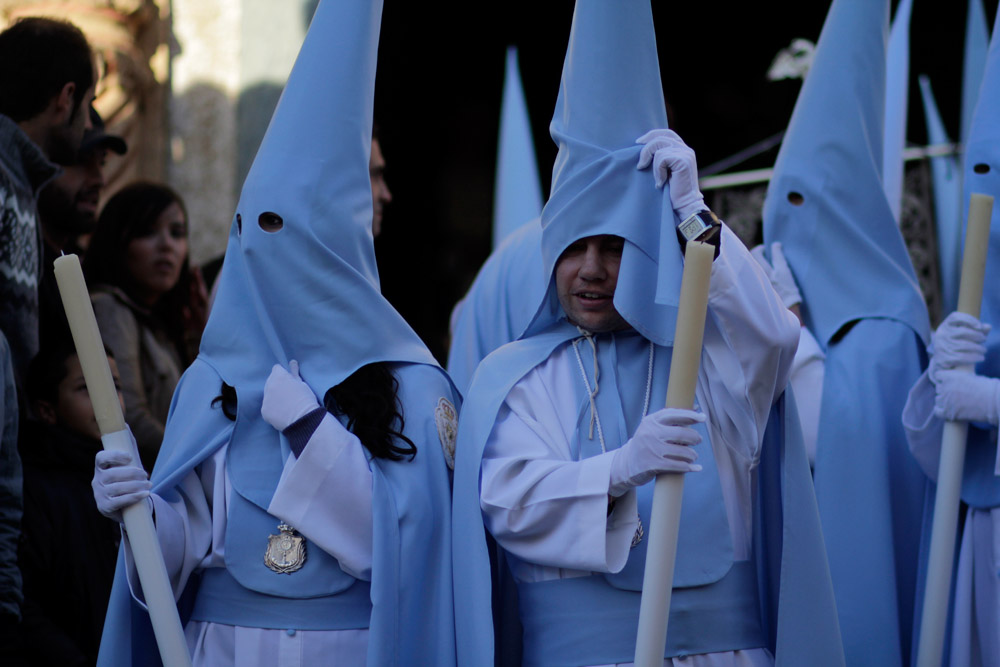 Two floats make it out of the big doors of the church. Each time the float makes it out of the door, the crowd claps. The cross with Jesus is too tall and must be lowered by a mechanism on the inside of the float and raised again when outside. 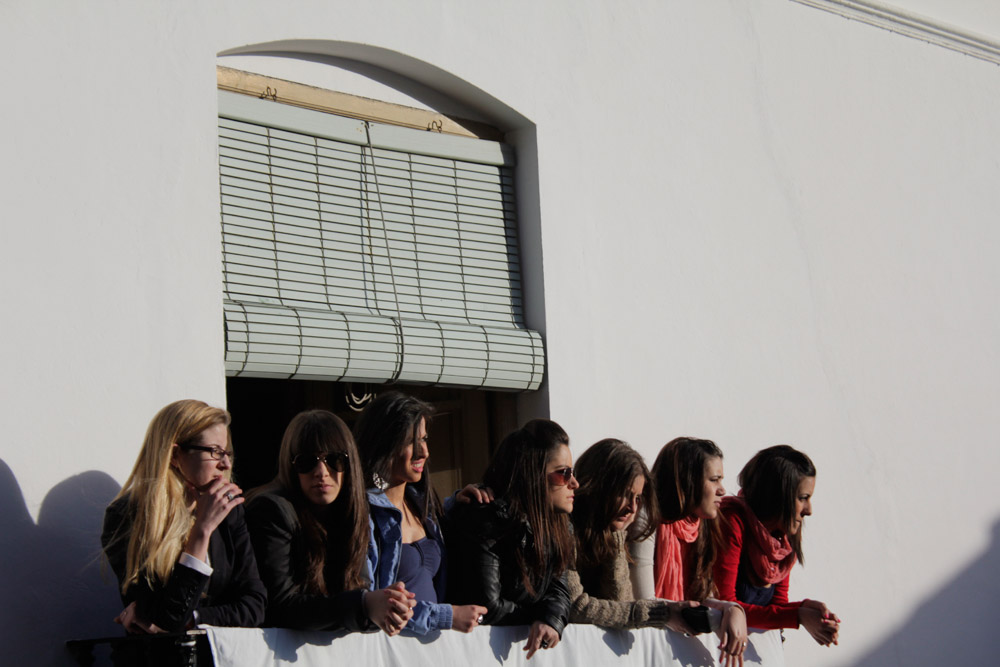 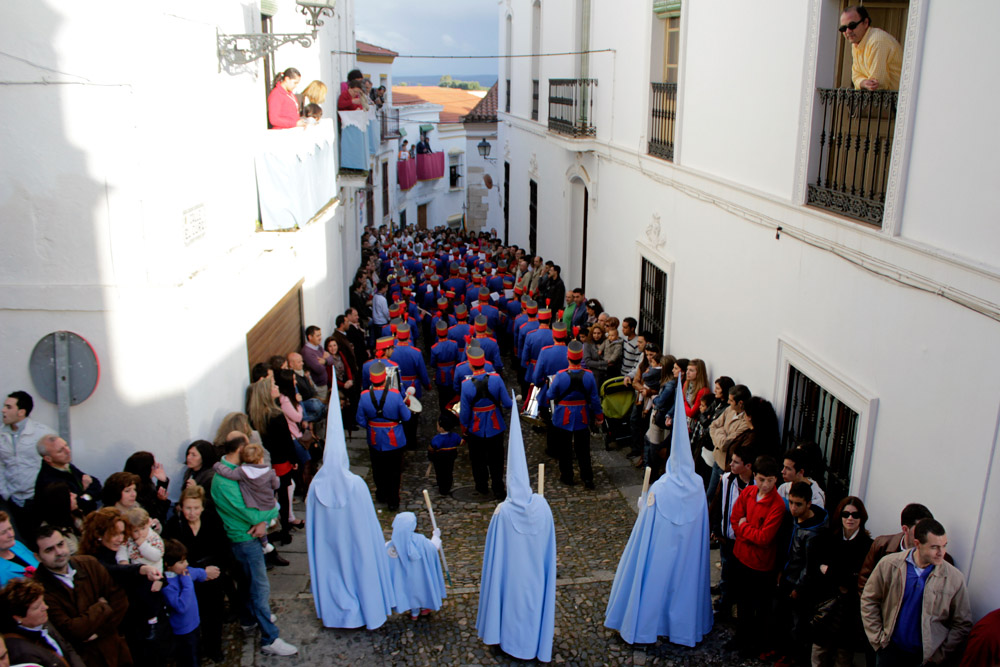 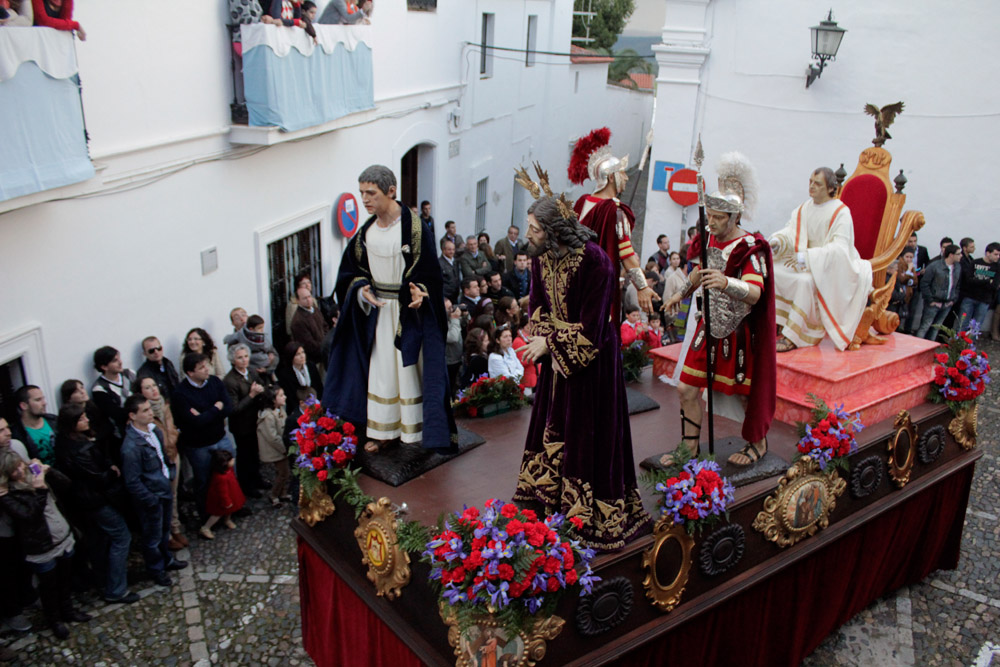 The clouds start to fill the sky. First one drop leads to another and soon the sky opens and rain starts to fall. The floats turn around to go back into the big doors of the church. 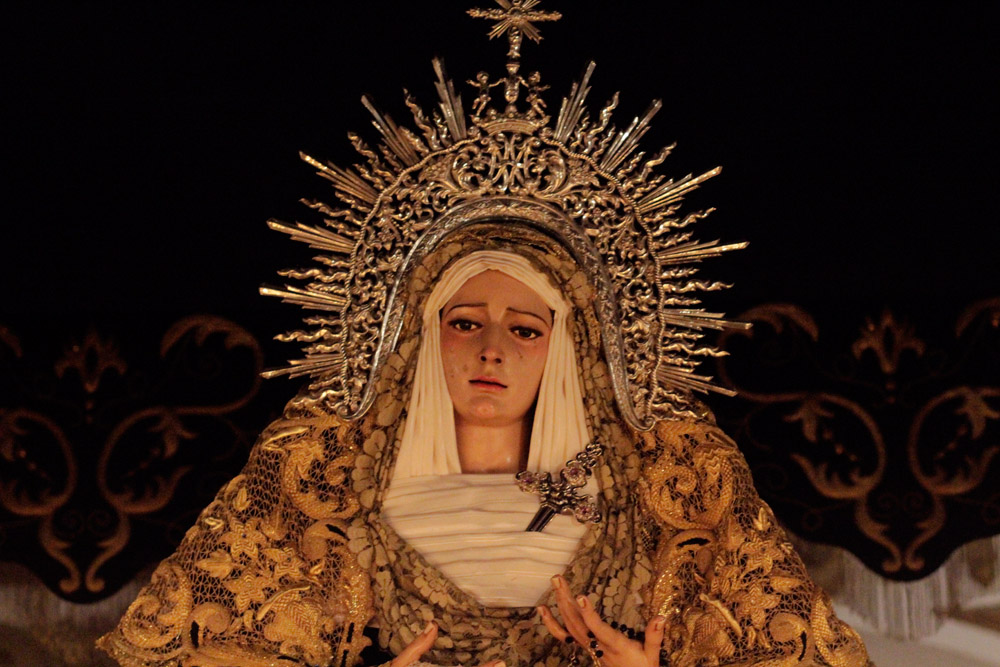 The crowd claps again when each float makes it back inside the door of the church but many are visibly disappointed that this procession was not able to leave.
The beginning of a trend for the last half of Semana Santa. 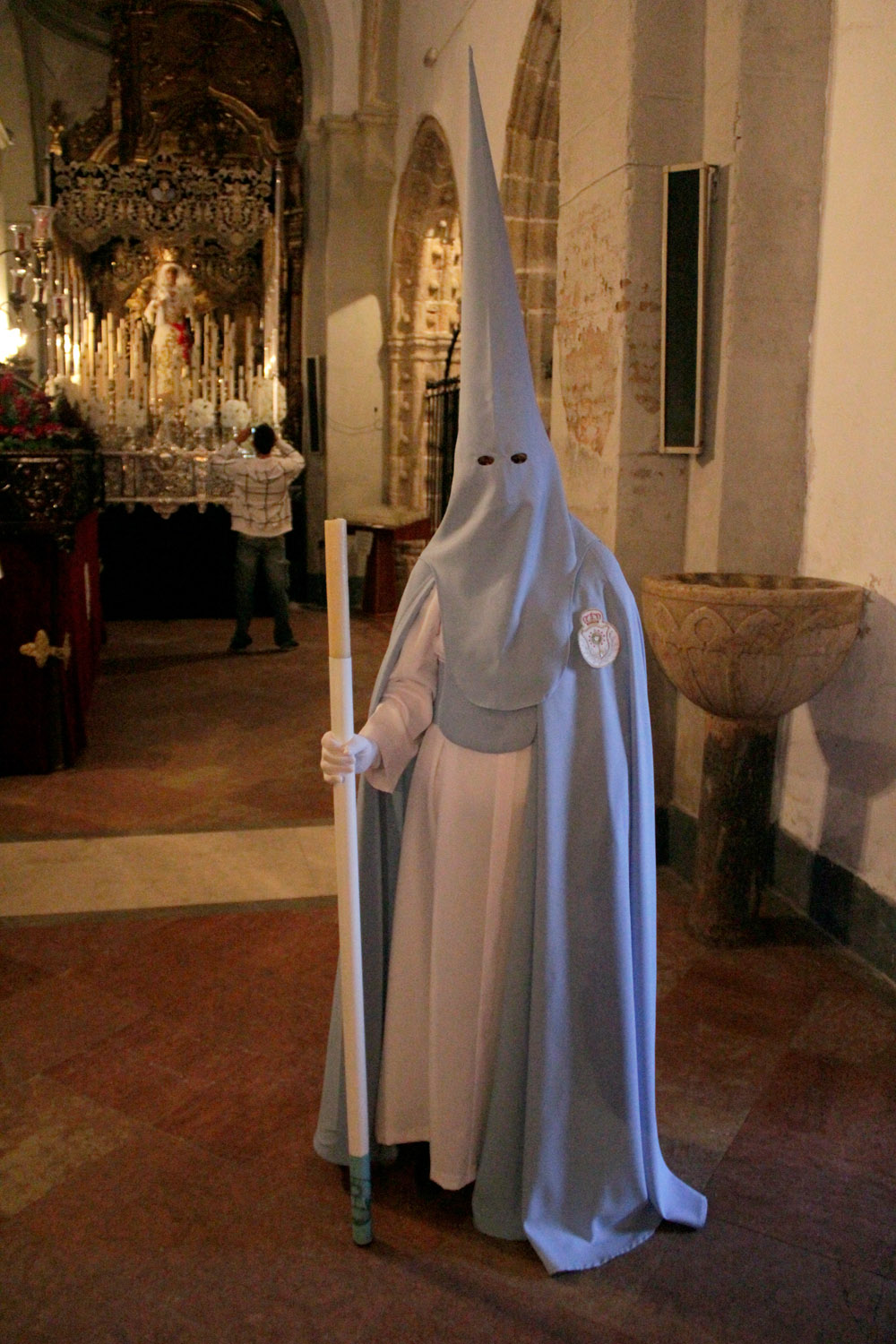 Some cofradias spend the entire year preparing for Semana Santa. Thus the all night processions on Thursday will not go on. Instead, the churches are open for the public to view. 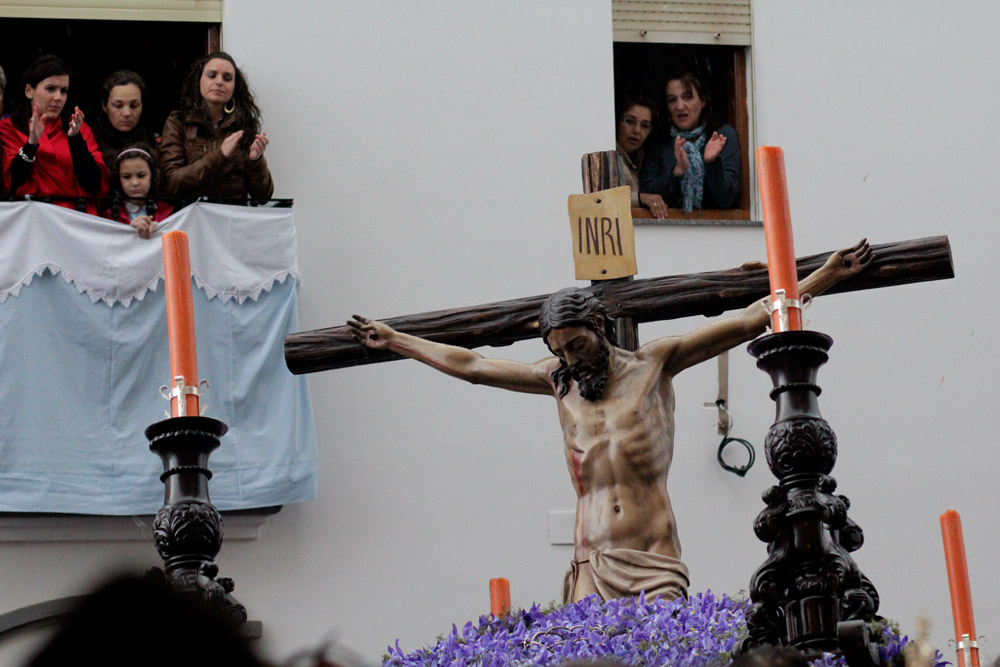 At 6 a.m. the crowds start to gather in Santa Maria. Some go straight from the disco, bleary eyed from forgoing sleep, in order to see the floats. Others have come well rested and ready to participate in the ceremony. 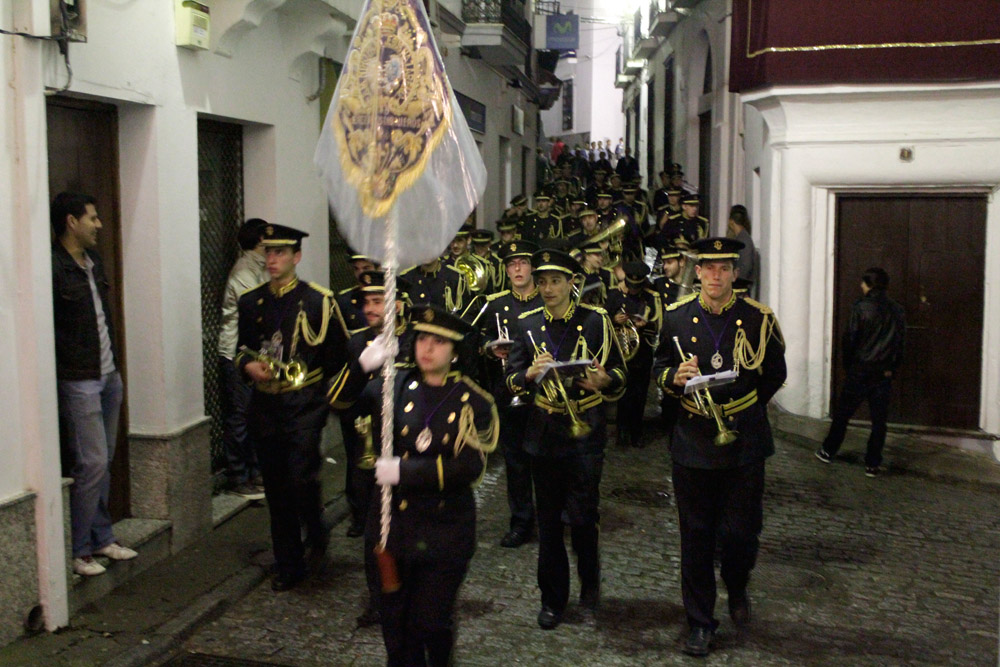 The rain holds up so the procession won’t leave the church. Instead, the costaleros (men who carry the floats), take turns carrying the floats.They dance with them going in and out in the middle of the church. There is hardly any space for the audience to move. They cheer as the floats move to the music of the band. Some cry. A woman sings a song dedicated to the Virgin.

The rain may keep the processions inside but it does not change the religious fervor that Jerezanos have for Semana Santa.